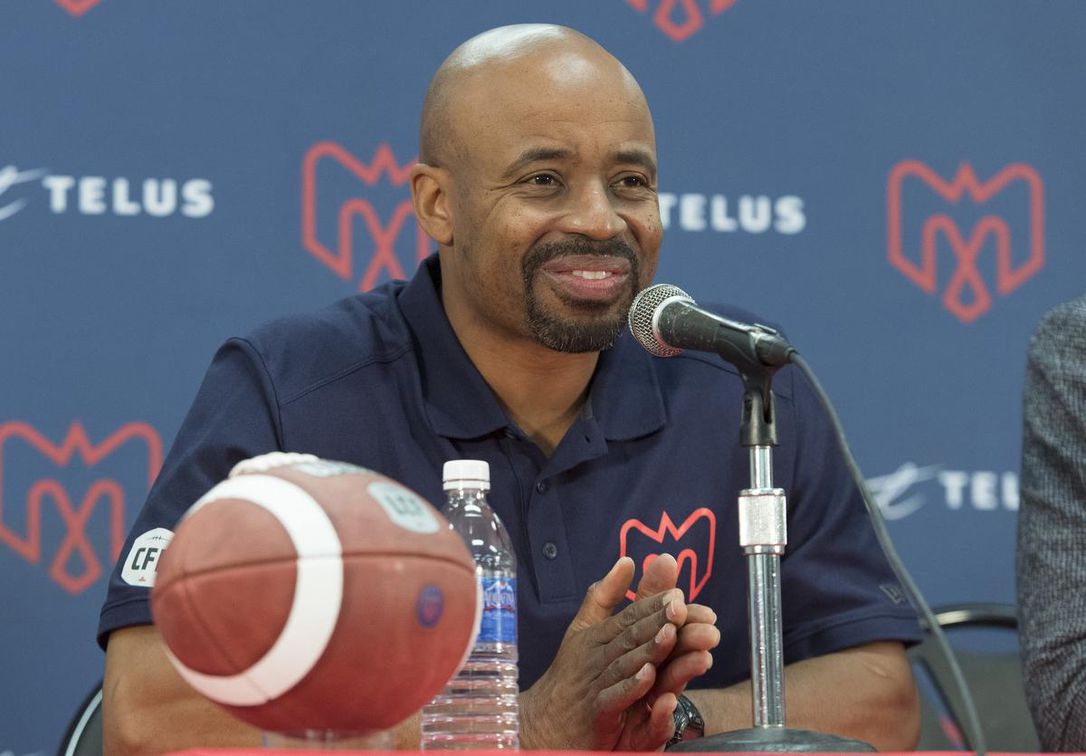 Khari Jones doesn’t have to look far for a reminder that racism exists in Canada.

The Montreal Alouettes head coach divulged during a teleconference Tuesday he received death threats while he was the quarterback of the CFL’s Winnipeg Blue Bombers because of his interracial marriage. Jones is black and his wife, Justine, is white.

An emotional Jones — speaking just over a week after a white policeman kneeled on the neck of a black man, resulting in a tragic death in Minneapolis — stated the threats came in the form of letters that remain in his possession.

“It’s just a reminder you always have to be on alert a little bit,” Jones said. “It could’ve been one person but one is still too many and to do that on the basis of a person’s skin colour is horrible.

“Every once in a while, every blue moon I take a look at them. They never found the person who wrote the letters — he used a fake name — but he’s still out there, people like him are still out there. That was 20-something years ago and it’s still happening.”

Jones, 49, played parts of five campaigns with Winnipeg (2000-04). The soft-spoken and amiable Jones was named the CFL’s outstanding player in 2001 after leading the Bombers to a 14-4 regular-season record and Grey Cup appearance.

The five-foot-11, 195-pound Jones played for B.C., Winnipeg, Edmonton, Calgary and Hamilton from 1997-07. He rejoined the Bombers in October 2007 and retired as a member of the franchise.

Sadly, the threatening letters weren’t Jones’s first exposure to racism. In the early 1990s during Jones’s college days at UC Davis, Jones said himself, his brother, and some friends were wrongly arrested at gunpoint, forced to the ground and handcuffed by white policemen in Sacramento, Calif.

“It was a case of mistaken identity but we called it, at the time, being black while walking,” Jones said. “That’s just something that had happened with people you knew and it happened to me, four or five of my friends, my brother was there. “It’s a horrible feeling to be pointed out for something like that.”