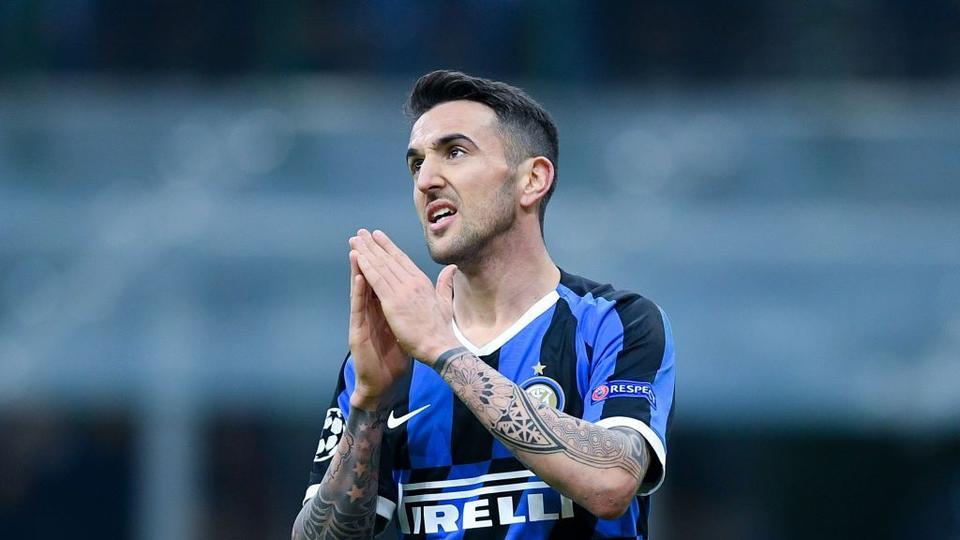 The Uruguay international first came up in talks between the clubs over Christian Eriksen but a January move failed to materialise.

Now, Vecino is back on the market, with Everton and Arsenal already expressing an interest in signing him this summer.

But Spurs boss Jose Mourinho is also an admirer and could be tempted to move for the 28-year-old, who has 41 caps for his country. Intermediaries have contacted Tottenham to assess their interest and the clubs are weighing up whether to make a move.

Mourinho wants to add steel to the Spurs midfield, with Eric Dier expected to spend more time at centre-back in the future.

Vecino will be familiar to Tottenham fans for heading a late winner versus their side in a Champions League group match last season.

Under contract until 2023, he has played 23 games for Inter this campaign but is being eased out to make room for new signings.

Mourinho recently admitted that Spurs are “not going to spend rivers of money” this summer with the financial fall-out from coronavirus set to bite hard.

Spurs are one of three English clubs alongside Arsenal and Everton who are interested in bringing Vecino to the Premier League.

He knows they will not get involved in an auction for Vecino. But both Arsenal and Everton are currently prioritising other targets.

And that could pave the way for a free run at the player, who indicated back in January that he would be interested in a move to Spurs.

Asked last week about his transfer plans, Mourinho said: “My club, if you ask me what I want, I know it’s going to be sensible.

“It’s going to be balanced, it’s not going to spend rivers of money and we’re trying to respect the situation not just of football but in the world and society overall.”