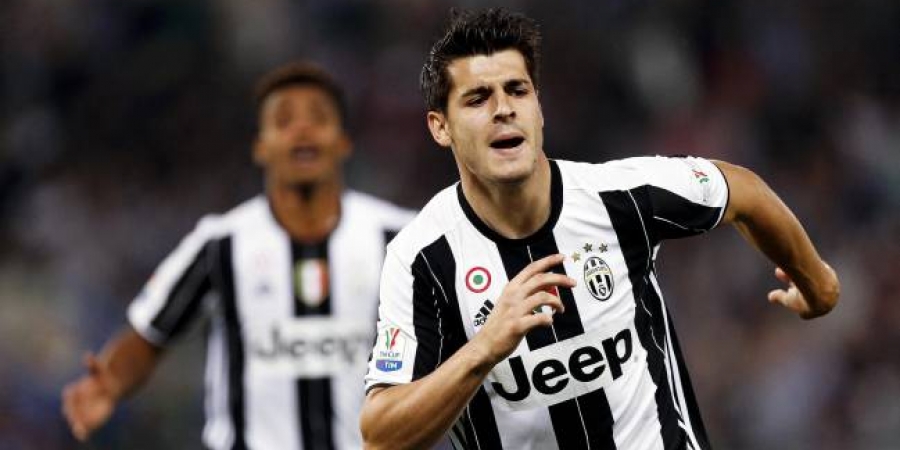 Alvaro Morata has returned to Juventus on an initial 12-month loan deal from Atletico Madrid.

The Spain international striker has headed to Turin for a second spell with the Serie A champions, with the option of a second campaign on loan after the 2020-21 campaign.

As part of the deal, Juventus will pay an initial €10 million (£9m/$11m) fee for the season and another €10m if they want to keep Morata for another year, while there is a €45m (£40m/$52m) option included to make the transfer permanent after the first season.

If Juve decide to extend the loan for a second year but then want to sign Morata permanently, they will have to pay Atletico €35m (£32m/$40m) – meaning any permanent transfer for the striker will cost Andrea Pirlo’s side €55m (£50m/$65m) in total.

Morata was part of the Juventus attack in both the 2014/15 and 2015/16 seasons, scoring 27 goals in total and helping them reach the Champions League final in his first campaign before moving to Real Madrid.

His final game in his first spell was the 2016 Italian Cup final, where he scored the winning goal versus AC Milan.

Juventus’ statement on their club website announcing the transfer said: “There’s nothing more exciting than a homecoming and the return of Alvaro Morata to Turin is a beautiful one at that!

“Alvaro Morata had only spent two years at Juventus, before Real Madrid recalled him to the Spanish capital. However, a lot can happen in two years and Alvaro certainly left an album of memories, filled with many spectacular moments: goals, celebrations, victories and trophies!

“Memory albums are there to be opened, to reminisce upon old moments, but also to add new ones and we can’t wait to create many more memories, together once more!”

After leaving Juve, Morata returned to Real Madrid for a campaign before joining Chelsea and later Atletico, where he netted 12 La Liga goals in 34 games last season.