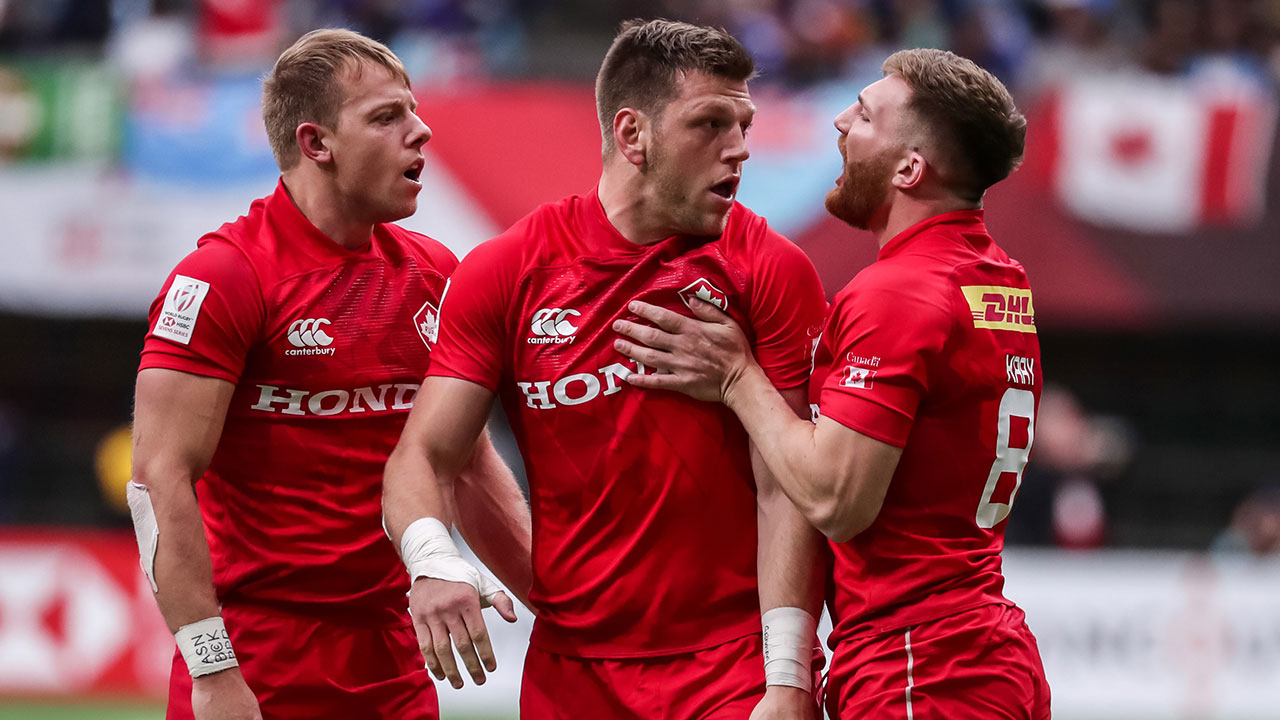 Josiah Morra of Toronto scored two tries, the second with 24 seconds left on the clock, to lead Canada’s men to a rugby sevens semifinal versus Great Britain on Sunday in Edmonton.

Brennig Prevost made the conversion from a distance at Commonwealth Stadium to cement a 14-12 triumph by the sixth-seeded Canadians over No. 4 Ireland.

Canada will play the Brits at 3:20 p.m. ET after dropping a 31-5 quarter-final decision to them at last week’s World Rugby Sevens Series event in Vancouver.

In Sunday’s match, Morra opened the scoring at the three-minute mark with his third try of the tourney when he straight-armed an Ireland defender on the way to the try line.

Jordan Conroy answered one minute 35 seconds later with his third try of the weekend competition.

Early in the second half, Ireland took advantage of Canada being down a man after Andrew Coe was sent off the pitch with a yellow card.

Aaron O’Sullivan gave the Irish a 12-7 lead, but Sean Cribbin missed the convert.

The “Fast Four” competition format sees the teams play each other before the top two decide the gold and the other two meet for third.

Pool A winner South Africa will play Hong Kong in the quarterfinals while the U.S. takes on Britain and Germany meets Vancouver runner-up Kenya.

Germany, an invited team, scored the upset of the day by defeating Vancouver bronze medalist Britain 19-10 to reach a Series Cup quarterfinal for the first time. The U.S. went undefeated Saturday, overcoming Kenya, Spain and Chile to gain Pool B. Ireland secured top spot in pool C with two victories and a draw.