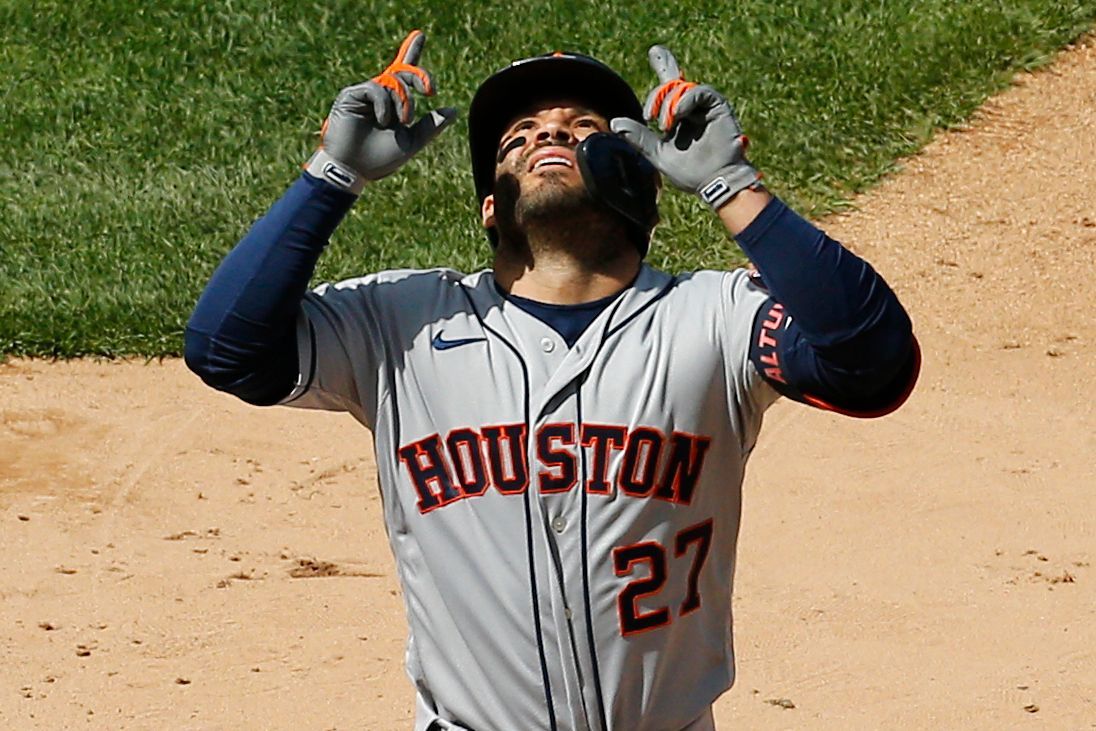 For three days, the booing was unrelenting. Then, Thursday afternoon, in the eighth inning, Jose Altuve’s shot over the center-field wall finally muzzled the hostile Bronx crowd.

Altuve observed his 31st birthday by trotting around the bases at Yankee Stadium after his three-run home run off reliever Chad Green carried the Houston Astros to a 7-4 triumph over the New York Yankees.

It was Altuve’s first career home run on his May 6 birthday and helped the Astros avoid a three-game sweep in a series where they were mercilessly heckled due to their 2017 sign-stealing scheme. The Astros had beaten the Yankees in the 2017 American League Championship Series on their way to the World Series title.

“That was on time. He couldn’t have scripted it any better,” manager Dusty Baker said. “We got some big hits today, period. But none bigger than his. That was huge. And it quieted the fans for a little while. I can’t tell you how happy everybody in the dugout was for Jose because he’s one of the best guys you’ll ever meet in this game.”

The remaining members of that 2017 team, which include starting pitcher Lance McCullers Jr., shortstop Carlos Correa, third baseman Alex Bregman and first baseman Yuli Gurriel, were also victims of the fans’ wrath. But the jeers toward Altuve were particularly deafening, and included an expletive-laden version of the song “Happy Birthday.”

Altuve was subdued in addressing the media on a postgame videoconference, putting all focus on what the victory meant for the Astros and not on his personal plight.

“I think I’m just a guy that wants to go out there and help his team to win. It doesn’t matter where we’re playing, against [whatever] team, it’s going to mean the same for me always that I helped my team to win,” Altuve said. “You don’t like to get booed by anybody, but that’s part of the game and I was just going out there and trying to do my best to help my team to win.”

Before the Altuve blast, the game was about a matchup of both teams’ aces and long balls hit by Yordan Alvarez, Giancarlo Stanton (again) and Clint Frazier. Gerrit Cole permitted two runs on five hits, including solo homers by Alvarez, over seven innings in which he struck out four.

McCullers allowed three runs and six hits over six innings in which he walked four and struck out eight. Stanton continued swinging one of the hottest bats in the game, extending his hitting streak to 12 games with his team-best ninth homer.

McCullers said the Astros were just glad to salvage a win, snapping a three-game losing streak. He also reinforced Altuve’s sentiment, stating that the intensity of the series versus the Yankees was no outlier in what the Astros have experienced all season or at other times in front of the Bronx faithful.

“More than anything, it was going to propel us to win the game. It avoided the sweep here in New York, which was huge for us,” McCullers said.

“I’ve said it before and people were mad at me — we were here in ’17 in the playoffs and I pitched here in Game 5, and it’s probably because it’s not full capacity, but I promise you it was just as bad or maybe even worse. They’re passionate fans who are going to let you know. But we’re OK. We knew what to expect. We’re all grown men here and we know what we have to do.”

No Astros players were disciplined after an MLB investigation in January 2020 revealed an elaborate, electronic, sign-stealing scheme used by the team during its 2017 championship season.