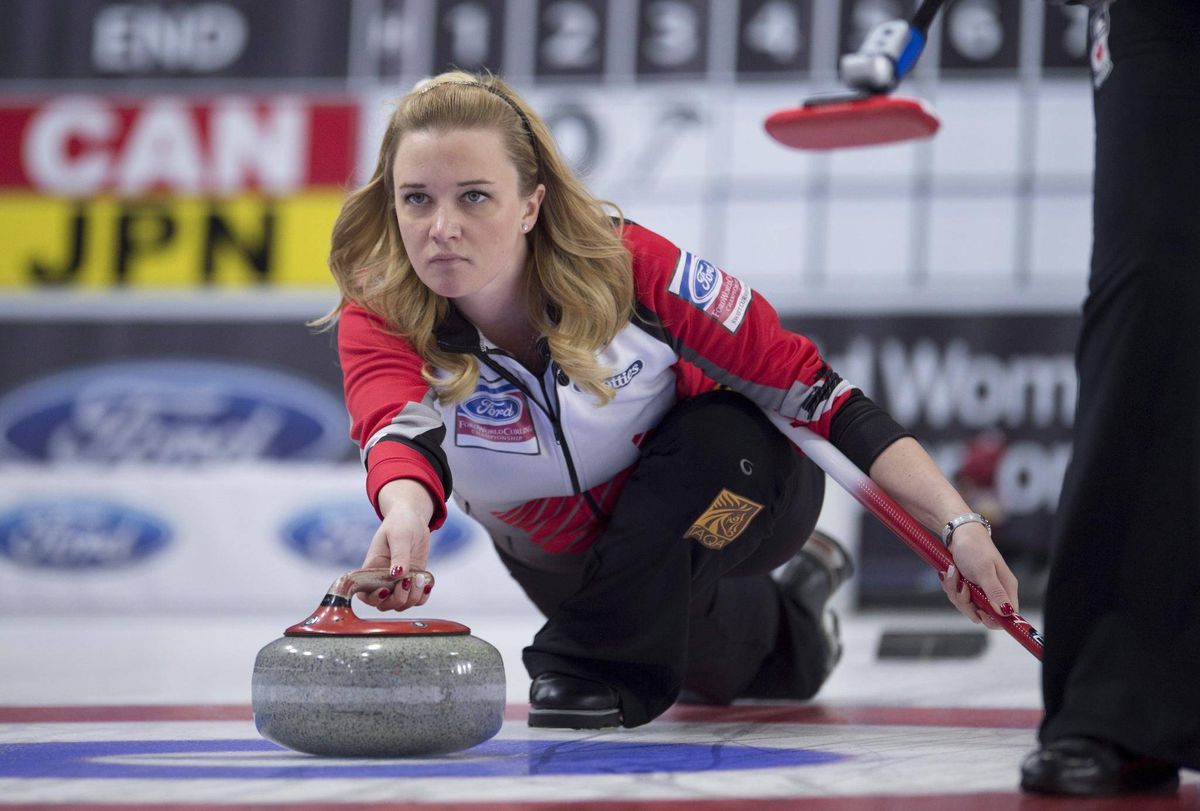 Einarson defeated Denmark’s Madeleine Dupont 10-8 in the morning session but her five-game winning streak ended in the afternoon when she dropped a 7-5 decision to Japan’s Sayaka Yoshimura.

Canada will take a 6-6 record into its Friday morning game versus China’s Yu Han, needing a victory to improve its probabilities of making the top-six cutline for weekend play.

“I don’t even actually know what the standings are,” Einarson said. “I know what we need to do and that’s all matters.”

Denmark (5-5) was alone in seventh place with two games in hand on Canada. Germany’s Daniela Jentsch and South Korea’s EunJung Kim were next at 5-6 and China was 4-6.

Depending on results over the last three sessions, the Manitoba-based team of Einarson, Val Sweeting, Shannon Birchard and Briane Meilleur may not learn their playoff fate until late Friday night.

“It’s the world championship, there’s no easy games out there,” Sweeting said. “No one is going to roll over and give you anything out there. But we’ve been fighting really hard and that’s all that we can do.

“We’ve left everything out there.”

Japan made a nice angle raise to score two in the eighth end for a 6-3 lead. Canada responded with a deuce in the ninth but Japan used hammer coming home to make a hit for the victory.

“When they are making everything, it’s quite hard,” Einarson said. “They played really well and got us in some tough spots. I missed a couple of mine, which is unfortunate.”

The top six teams in the 14-team field will also earn Olympic berths for their respective countries at the 2022 Beijing Games. A last-chance Olympic qualifier will be held in December.