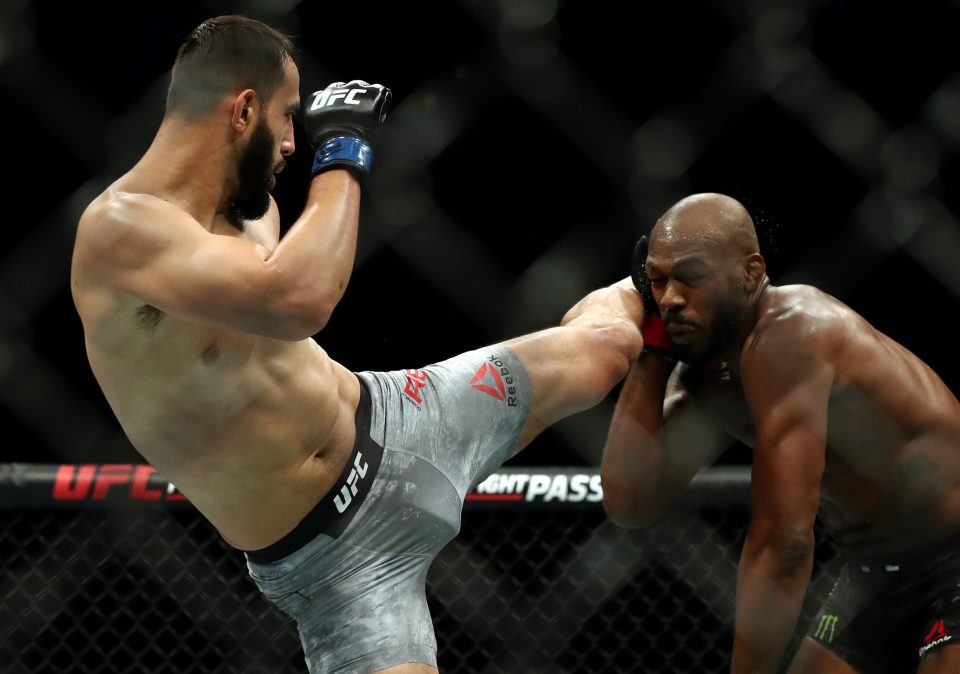 Jon Jones made yet another defense of his light heavyweight championship belt with a unanimous decision victory over Dominick Reyes at UFC 247 in Houston, Texas.

Reyes came out strong and gave the champion all he could handle but Jones’ comeback over the final rounds swayed the judges to give the bout to the reigning champion.

Reyes came out aggressively in the first round firing a left hand at the opening bell and attacking with kicks and looping punches.

The pressure would pay off early as he briefly put Jones on the floor with an early left hand that landed to the midsection The Devastator appeared to win the first frame, but he slowed down at the conclusion of the round.

That didn’t stop him from coming out strong again in the second stanza. Reyes had the champ on the run with his aggression once again.

In the third frame, Reyes answered a very important question: What will he do when Jones goes for a takedown? The champ shot for his first takedown of the fight against the cage, but Reyes denied it and kept the fight on the feet.

That trend would stay into the fourth round. Jones fought hard for a takedown in the fourth, but couldn’t quite keep the challenger down. Still, Reyes slowed down as Jones showed his experience in championship rounds.

Ultimately, the judges gave the victory to Jones in a controversial decision.

Jones has successfully defended the belt for the third consecutive time since reclaiming his title in December 2018. The 32-year-old has yet to truly lose a fight in the Octagon. The only blemish on his record came via disqualification versus Matt Hamill and he’s effectively cleaned out the light heavyweight division multiple times throughout his career.

Reyes was the rare highly ranked fighter in the division that Jones hadn’t seen. Bones holds victories over four of the current top five in the division and the bottom half of the top 10 doesn’t hold any real intriguing challenges at this point.