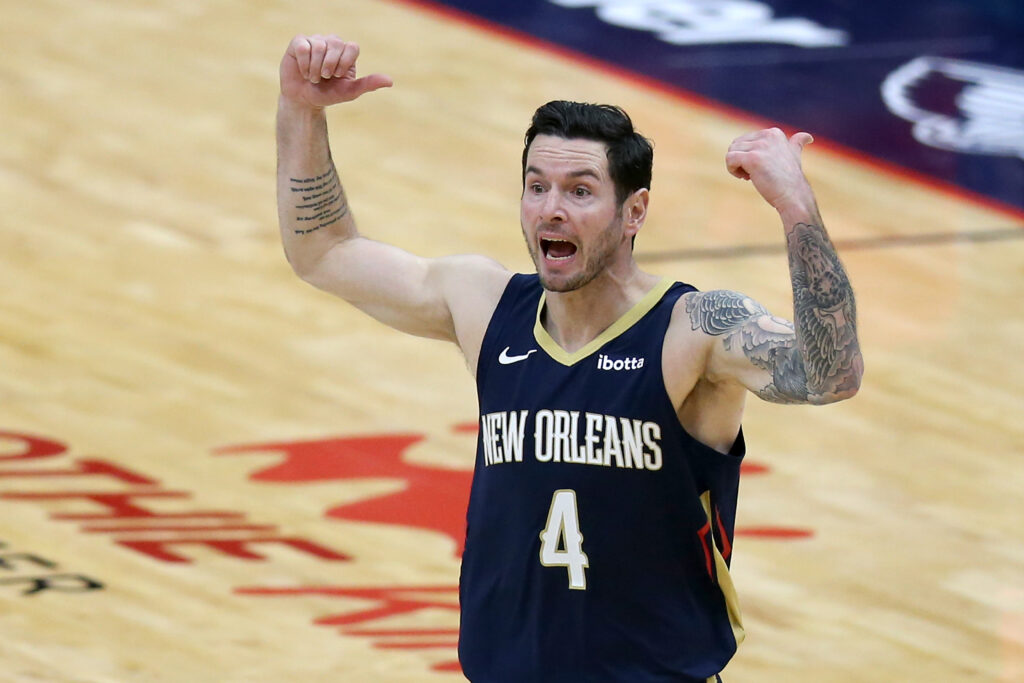 JJ Redick doesn’t have an ideal number of matches in mind to get ready for the playoffs with the Dallas Mavericks, who were thinking postseason when they acquired the shooting guard with an expiring contract.

“The ideal number is the most amount of games possible,” said Redick, who is recovering from a right heel injury that required an injection and last played March 3. “I’m a rhythm player and so I want to be in a good rhythm going into the playoffs.”

The Mavericks made a deal just before the trade deadline on March 25, getting Redick and Nicolo Melli from New Orleans for James Johnson, Wes Iwundu, a 2021 second-round draft pick and cash.

Redick met his new teammates at practice Thursday in New York, a day before the Mavericks play the Knicks on their season-long five-game road trip. Redick has joined the team presumably for good this season, but hasn’t started practicing. There’s no timetable for his Dallas debut.

“My understanding is that things are going in a very good direction,” coach Rick Carlisle said. “We obviously hope he can be back 100% sooner than later.”

The Mavericks, who are 17-8 since a six-game losing streak that dropped them a season-high five games under. 500, are seventh in the Western Conference with 25 games left. Dallas is 3½ games out of a spot in the top six, which the club needs to avoid the play-in round of the playoffs.

Redick made the playoffs in each of his first 13 seasons in the league before the Pelicans failed to qualify during the NBA’s restart in Florida last year.

The 36-year-old has played in 110 postseason games.

“He’s a guy situationally whose shooting is a difference-maker,” Carlisle said. “We feel like he can help us on the floor. We feel he can help us with our day-to-day culture. He’s a meticulous worker and a tireless preparation guy.”

Redick is shooting 36% from 3-point range, which would be a career low if he didn’t play again in the regular season. But the most immediate question is how much better his opportunities will be playing with young Dallas sensation Luka Doncic, whose vast offensive skills are matched by his passing ability.

“Luka is as good as anybody in the league at creating his own shot and creating for other people,” said Redick, who averaged 8.7 points in 31 games with the Pelicans, about four points off his career average.

Redick’s postseason experience leaves Carlisle with little worry about figuring out how to incorporate what could be the club’s best 3-point threat into the lineup, presumably in late April and early May leading into the playoffs.

“From what I’ve seen over the years, any time he’s come back, he’s been able to get back into it pretty quickly,” Carlisle said. “At this stage of his career, a couple, three weeks off, whatever it’s been, might actually be a good thing. We’ll try to figure it out quickly.”