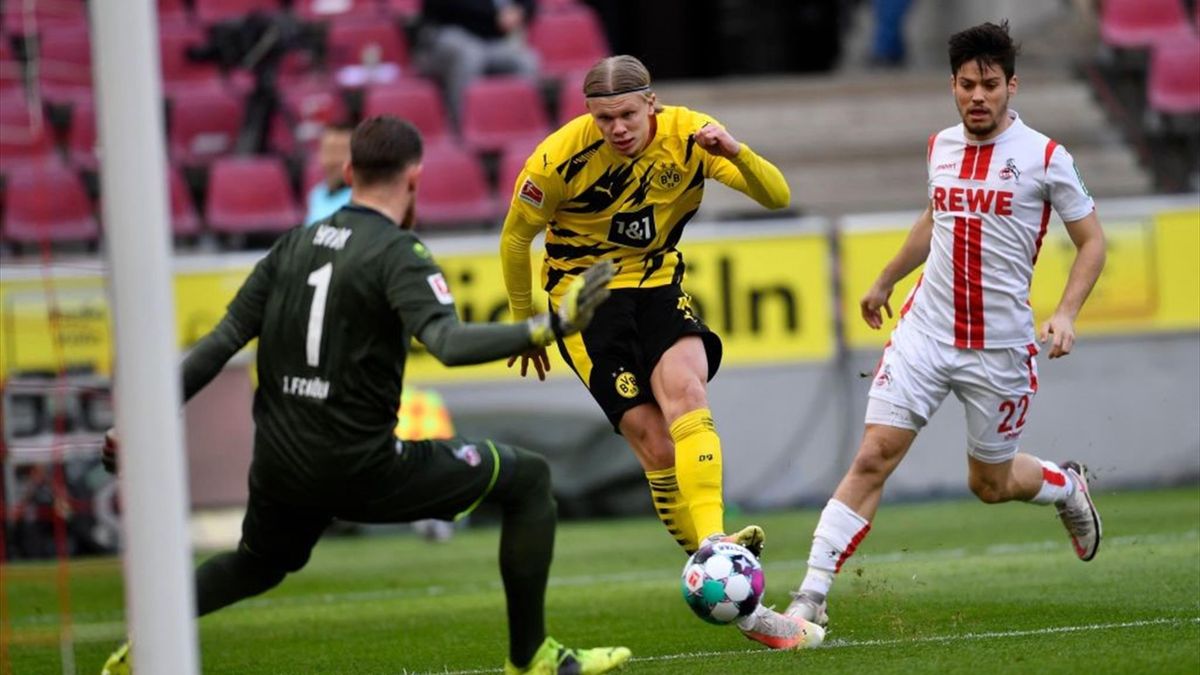 Alf-Inge Haaland and Raiola flew into Barcelona on Thursday morning for a 2½-hour meeting with new Barca president Joan Laporta and the club’s incoming director of football Mateu Alemany.

Sources told ESPN that the meeting was a first step to explore the viability of a deal, with talks in their very early stages. The pair then flew to Madrid, arriving at the city’s Barajas Airport on Thursday afternoon and holding discussions with Real Madrid which went on into the evening.

Sources told ESPN that the meeting with Madrid was “friendly” and “like those we often hold regarding players.”

Raiola and Haaland wanted to know more about Real Madrid’s intentions and summer plans, while Florentino Perez wanted to hear first-hand details of the player’s situation.

Sources said that, if Madrid decided to move for the Norwegian, they felt they would have the edge over Barca given their relationship with Borussia Dortmund and more favorable financial situation.

Sources added that Dortmund are aware of the meeting between Haaland’s representatives and it is expected further clubs will seek to discuss a transfer with the player. Haaland held similar rounds of talks with interested clubs, counting Manchester United, before he left FC Salzburg to join Dortmund in January 2020.

Dortmund sporting director Michael Zorc said later on Thursday: “I don’t have anything against [Mino Raiola and Alf-Inge Haaland] taking in the sun on the Mediterranean. We’ve talked and our stance is quite clear. I am very, very relaxed in that matter because I know what we want.”

Haaland, 20, has scored 49 goals in 49 games for Borussia Dortmund since signing for the Bundesliga club. A release clause in his contract does not come into effect until 2022, and ESPN has reported that Dortmund would accept €180m this summer.

Sources told ESPN that Laporta considers Haaland would be a strategic signing that would strengthen Barca for a decade or more, as well as avoiding his joining a rival club. However, there is an acceptance that Barca’s financial situation will make agreeing a deal difficult, as will competition from Real Madrid and Manchester City. Barca are aware that a move to Madrid would be attractive to Haaland, while City’s economic firepower makes them serious contenders. Laporta and super-agent Raiola have a long-standing relationship, but these talks are the first official contact over a potential deal for Haaland.