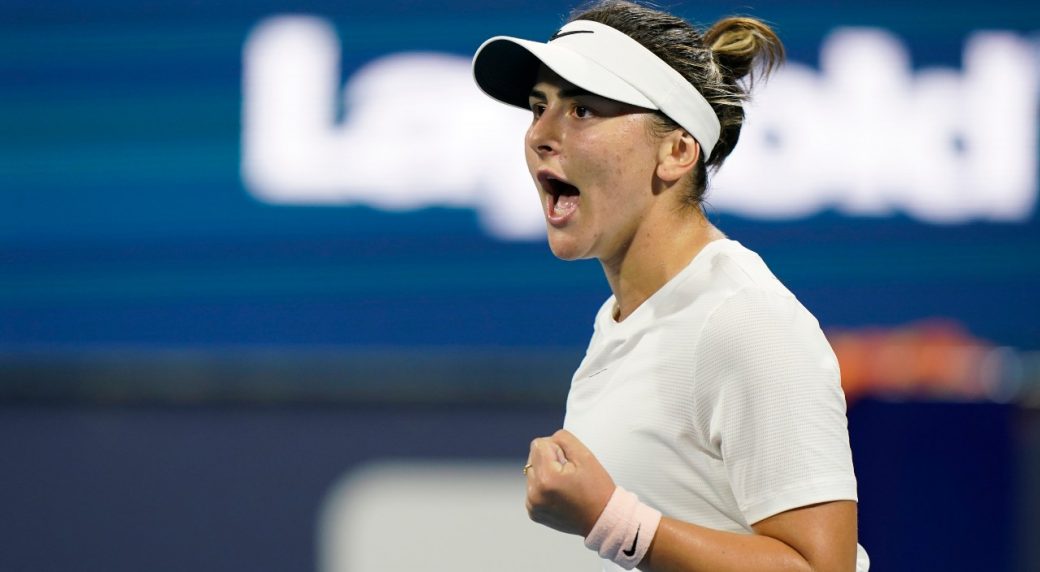 Canada’s Bianca Andreescu has reached the final four at the Miami Open.

Andreescu earned herself a spot in the tournament semifinals on Wednesday by downing Spain’s Sara Sorribes Tormo 6-4, 3-6, 6-3 — in a match that went two hours 35 minutes.

“Three setters, what can you expect from me?” Andreescu said with a laugh.

“I’m a really good fighter and I never give up even through adversity. I’m super proud with how I handled it tonight because it wasn’t easy. She’s a really tough player.”

Andreescu will face No. 23 seed Maria Sakkari of Greece in the semifinals.

Andreescu, from Mississauga, Ont., quickly found herself in a 3-0 hole in the opening set after the Spaniard broke the Canadian’s serve twice.

But she appeared to settle in and followed up by taking six of the next seven games. With momentum on her side, Andreescu earned her third break point to take the 51-minute first set.

“I never played her before and it’s hard to tell how a player plays online, so I think I got caught off guard a little bit,” Andreescu said of her slow start.

“I feel like I was going for too much at the start but I figured it out and adjusted.”

Neither player could take advantage of their serve in the second set. Andreescu struggled the most, never holding serve in the entire set.

She was called for a time violation while serving at 1-1, and appeared frustrated by letting the umpire know she didn’t agree with the call before falling behind 2-1.

The Spaniard finally held serve on her fourth try, putting her ahead 5-3 before breaking Andreescu for the fifth time to send it to a decider.

Both players had their service game going in the third set until Andreescu used a blend of power and finesse to break her adversary for a 3-2 lead.

Andreescu then let out a roar when she fought back to hold serve and go up 4-2, and was equally as thrilled when she broke her opponent a second time to take back serve with a chance to win the match.

“She doesn’t give you pace at all and those high, heavy balls, you have to generate your own and that consists of leg power, arm power … you’re putting your all into it. It was tiring towards the end of the second set,” Andreescu said.

“Trying not to show it but sometimes it’s hard.”

Andreescu mentioned earlier in the tournament that she was having some groin issues but said post-match Wednesday: “Groin is totally fine, no pain anywhere.”

This is Andreescu’s third tournament back after a 16-month absence in the aftermath of a knee injury. She’s trying to recapture the form of her breakthrough 2019 season when she won three tournaments, including the U.S. Open.

Andreescu returned from the layoff in February at the Australian Open, losing in the second round of the Grand Slam.