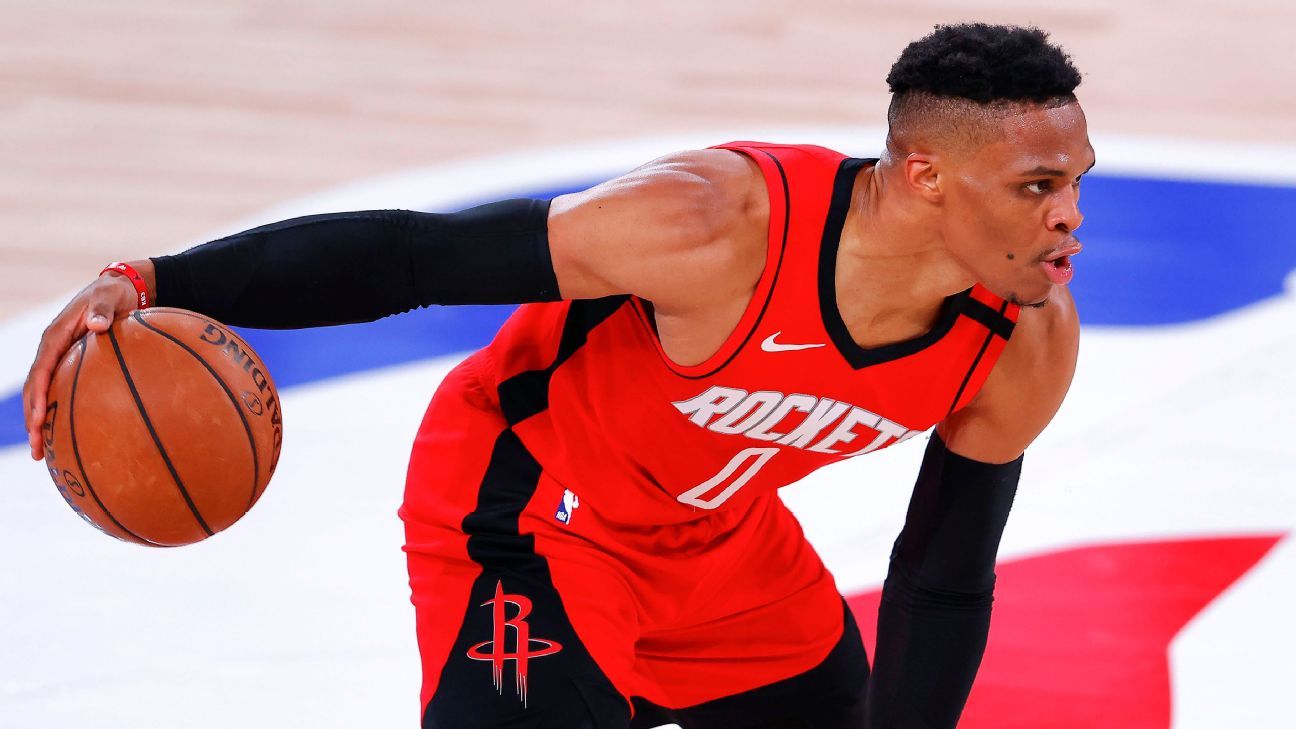 The Wizards are sending Wall and a lottery-protected 2023 first-round NBA draft pick to the Rockets for Westbrook in a deal that both players wanted and had been simmering for weeks. The 2023 first-round pick is lottery protected for the Wizards.

Discussions had been stalled since mid-November, sources said, until the two general managers, Washington’s Tommy Sheppard and Houston’s Rafael Stone, decided to get on the phone Tuesday afternoon. They worked out a deal within hours, sources said.

For the Wizards and Rockets, there’s hope that the exchange of guards will play a role in convincing the two franchise shooting guards on each team, Washington’s Bradley Beal and Houston’s James Harden, to want to stay long term with their teams. Harden has confidentially asked for a trade, and Beal could become a free agent in 2021.

Westbrook and Wizards coach Scott Brooks have a long history, spending seven years as player and coach together in Oklahoma City.

Westbrook’s partnership with Harden in Houston lasted only one season after the recent MVPs played leading roles in orchestrating a 2019 summer trade that sent Chris Paul to Oklahoma City along with two first-round picks and two first-round swap rights in exchange for Westbrook.

Westbrook and Harden both informed the Rockets this offseason that they wished to be moved to other destinations, specifically the Brooklyn Nets in Harden’s case, sources have said. Houston’s stance on Harden has not altered, a high-ranking Rockets source told ESPN, saying the team hoped to be competitive with the perennial MVP candidate on the roster this campaign and does not envision a scenario in which Harden would be traded before the opener.

The Rockets have let it be known that they would require a return that included a young, potential franchise cornerstone and a massive picks package in any potential deal for Harden, according to sources.