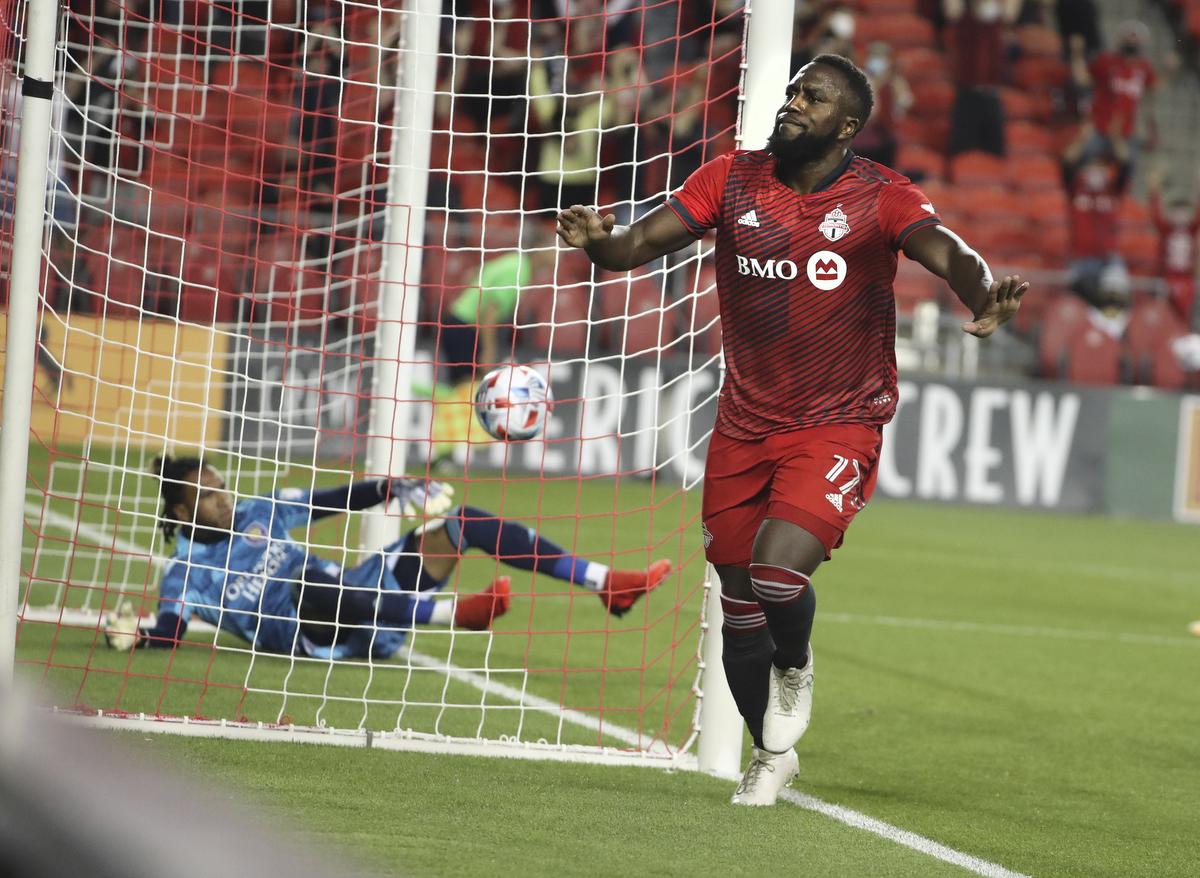 Jozy Altidore celebrated his return to action with a goal off the bench as Toronto FC, playing at home in front of fans for the first time since March 2020, tied Orlando City 1-1 in MLS play Saturday.

But Altidore’s 72nd-minute feel-good moment at BMO Field was negated minutes later by an Orlando goal from the penalty spot.

Altidore, who last played May 22 due to a falling out with former coach Chris Armas, came on in the 64th minute to a standing ovation.

Altidore and his teammates headed to the southeast corner of the pitch en masse to celebrate.

But Orlando (6-3-4) tied it up in the 77th minute on a Nani penalty kick with video review convincing referee Marcos de Oliveira to point to the spot after goalkeeper Alex Bono took out Orlando’s Benji Michel. Bono was left exposed after Brazilian fullback Auro misread a long high ball, letting the Orlando attacker to go in alone.

Bono got a hand to Nani’s penalty kick but could not stop it.

“Welcome back to BMO Field,” the PA announcer said before introducing the TFC starting lineup. “It’s been a long 16 months.”

“Football’s Come Home,” read one sign in the South Stand.

It was also the first time all of TFC’s designated players — Altidore, Soteldo and Alejandro Pozuelo — were on the field at the same time this season. Toronto went 11-15-5 in all competitions in the 10 1/2 months since its last BMO Field outing, with eight of those wins coming last year.

Prior to Saturday, the club had won just three of its last 17 games (3-12-2) in regular-season and post-season play away from home.