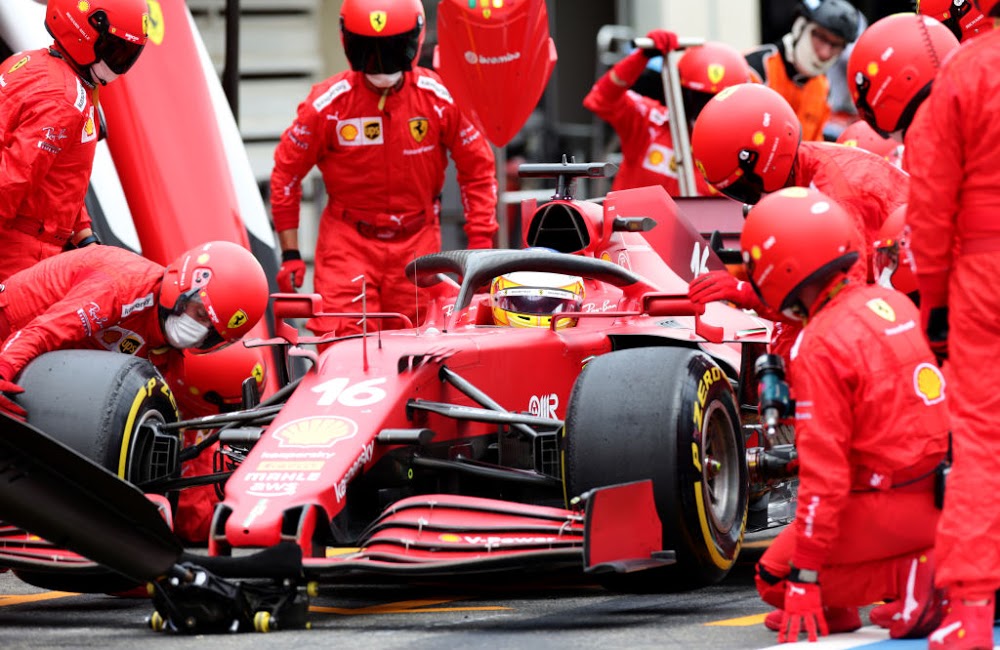 Ferrari’s French Grand Prix issues showed a long-standing weakness with front tire wear has not gone away and they need to fix it for next season, according to team boss Mattia Binotto.

Sunday’s race at Paul Ricard was the first time Ferrari had failed to score this year, with Spaniard Carlos Sainz 11th and Monegasque Charles Leclerc 16th.

They had qualified fifth and seventh respectively, with Leclerc on pole at the two previous races in Monaco and Azerbaijan, but Ferrari ended the weekend dropping from third to fourth overall in the constructors’ championship.

“We have not been capable of making the tires work as we should have done and I think our performance was really strictly linked to the tires, the way we made them work,” Binotto told reporters.

Le Castellet did not host a race last year due to the COVID-19 pandemic but Binotto stated hot conditions and high speed corners putting a lot of energy into the tires had been a problem in the past.

“We should have addressed it and it’s not yet the case,” Binotto said. “Looking at the future it’s important for us as a lesson learned.”

He said it would take more than development of the current car to fix the problem, however.

“To solve it, I think we need to have some hardware change, like for example the rims, which is not possible for regulations,” the Italian added.

“I think it’s more important for us to try to understand and to address it definitively for next year. In the meanwhile I think that this issue will happen again at some races but not on all the tracks.”

Sainz, who joined the team this year from McLaren, said the team tended to struggle more in races than in qualifying but there had been some where race pace was not an issue.

“It’s really clear that we have a very narrow window of working range on our front tyres and we tend to struggle a lot more with graining and front wear than our competitors,” the Spaniard said.

“Now we are trying to understand why we have such a narrow window and why we struggle more with this front tyre wear.” France was the first of a triple-header of races on consecutive weekends, with Austria’s Red Bull Ring hosting the next two.