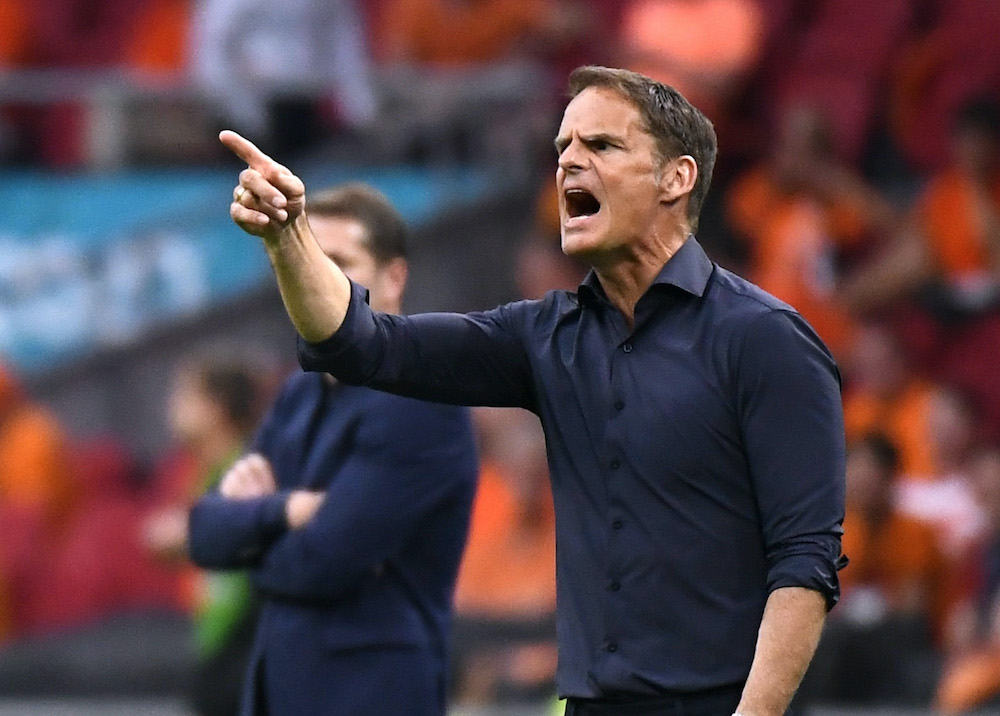 Frank de Boer has left his role as Netherlands manager following the team’s elimination from Euro 2020, the Dutch FA revealed on Tuesday.

The announcement comes two days after their shock defeat to Czech Republic in the round of 16.

Key members at the Dutch FA and De Boer were due to meet to discuss the side’s failings at Euro 2020 but De Boer said: “In anticipation of the evaluation, I have decided not to continue as national manager. The objective has not been achieved, that is clear.

“When I was approached to become national coach in 2020, I thought it was an honour and a challenge, but I was also aware of the pressure that would come upon me from the moment I was appointed, that pressure is only increasing now, and that is not a healthy situation for me, nor for the squad in the run-up to such an important match for the Dutch football on its way to World Cup qualification.

“I want to thank everyone, of course the fans and the players. My compliments also to the management who have created a real top sports climate here on campus.”

Director of Football at the Dutch FA, Nico-Jan Hoogma, added:

“Despite Frank’s efforts, the goal of reaching the quarterfinals was not reached. Our choice for Frank turned out differently than we hoped. Now I need to find a successor. Let it be clear that we are not satisfied. We would have probably made this same decision on our own in the next two days.”

The former Atlanta United boss was hired in September 2020 following Ronald Koeman’s exit to join Barcelona and signed a contract until 2022.

De Boer took over a side which had already qualified for Euro 2020, but he became the first Netherlands boss to fail to win any of his first four games.

But Netherlands — competing in their first major tournament since 2014 — breezed through the group stage with three wins from three, before their loss to Czech Republic. De Boer had been in charge for a total of 15 matches.

The former Netherlands captain started his managerial career at Ajax, where he won four successive Eredivisie titles, before moving to Internazionale in 2016 but lasted just 85 days.

He was named Crystal Palace boss at the beginning of the following campaign, but was sacked after just four matches. His reign is still the shortest in terms of games managed in Premier League history.

De Boer took over at Atlanta in 2018 and led the club to the Eastern Conference final in his first season before leaving in July 2020.