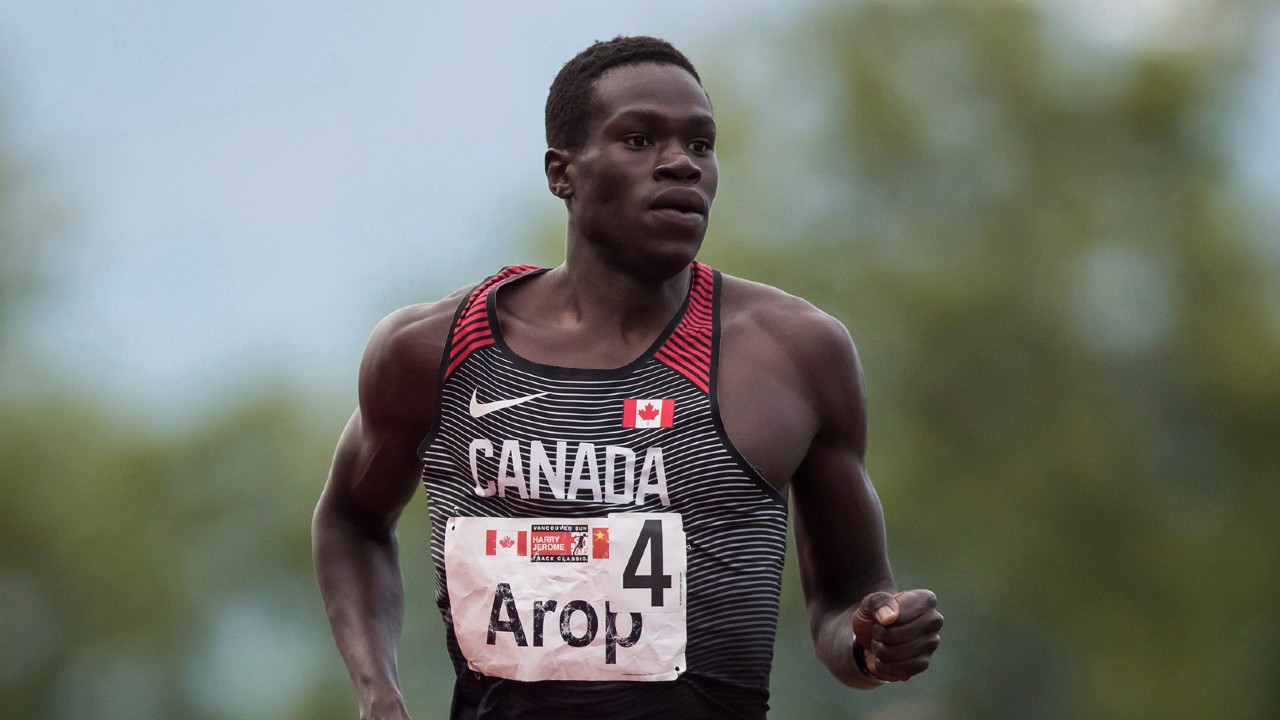 Marco Arop made it five podium finishes in as many Diamond League races this season with a third-place effort in the men’s 800 metres at the Meeting de Paris on Saturday.

Racing for the third time in eight days, the Edmonton runner crossed the finish line in one minute 44.74 seconds behind winner Wyclife Kinyamal (1:43.94) and fellow Kenyan Ferguson Rotich (1:44.45) who acquired a silver medal at the recent Tokyo Olympics.

Arop stepped on the track at Stade Charléty fresh off consecutive Diamond League victories at the Prefontaine Classic in Eugene, Ore., and in Lausanne, Switzerland.

In early July, Arop placed second and third over a five-day span on the professional track and field circuit in Stockholm and Monaco.

The 22-year-old didn’t advance to the Olympic final after clocking 1:44.90 in the semifinal round.

A traditional front-runner, Arop changed his tactics upon returning to the track and posted his first Diamond League victory in come-from-behind fashion.

His season- and personal-best of 1:43.26 is only 6-100ths of a second off Brandon McBride’s Canadian record.

Sprinter Aaron Brown of Toronto was the only other Canadian to earn a top-three finish on this day as he finished behind Americans Fred Kerley and Kenny Bednarek in the men’s 200.

Brown stopped the clock in 20.20 in a slight tailwind, matching the time of his sixth-place effort in the Olympic final. The Florida resident has only run under 20 seconds once this season, going 19.99 in the semifinals in Tokyo.

The 29-year-old ran 20.18 in more gusty conditions on Thursday in Lausanne.

Kerley, who won silver in the Olympic 100, delivered a 19.79 PB on Saturday to prevail in a photo finish after overtaking Bednarek in the final seven metres. The 22-year-old Bednarek opened the season with a 19.65 in Miramar, Fla., went 19.78 at U.S. Olympic trials in late June before winning silver in Tokyo in 19.68. On Thursday in Lausanne, he posted a winning time of 19.65.