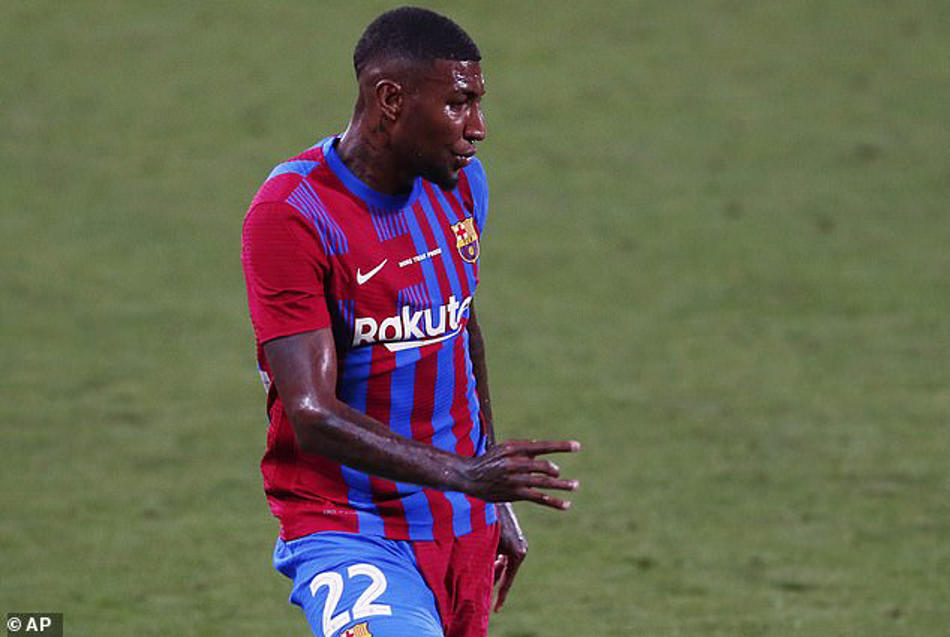 Barcelona have rejected an opening bid from Tottenham for right-back Emerson Royal worth €20 million plus Serge Aurier, sources have confirmed to ESPN.

Barca expect Tottenham to return with another offer before Tuesday’s transfer deadline but sources have told ESPN it would have to be a “huge” offer for the club to consider selling.

Emerson, 22, re-joined Barca for €9m this summer after spending the last two years at Real Betis, who would be due a percentage of any future transfer fee.

He made his first start of the campaign versus Getafe on Sunday. United States men’s national team defender Sergino Dest had been preferred in Barca’s opening two matches, with the club hopeful the competition between the two will bring out the best of both.

Coach Ronald Koeman has expressed a desire to keep Emerson but Barca’s financial situation could force them to let him move to England if Tottenham were to significantly raise their bid.

Barca president Joan Laporta announced earlier this summer that the club’s gross debt stands at €1.35 billion and they still need to reduce their wage bill to comply with LaLiga’s spending limits.

Lionel Messi left for Paris Saint-Germain because the club could not afford to register his contract with the league, while Gerard Pique, Jordi Alba and Sergio Busquets have all accepted pay cuts.

Spurs, meanwhile, are in the market for a right-back and a central midfielder in the final days of the window.

Japhet Tanganga, who can also play as a central defender, has been selected by new coach Nuno Espirito Santo to start all three Premier League matches so far this season, with Matt Doherty his backup. Aurier is deemed surplus to requirements.

Tottenham are also keen on Barca midfielder Ilaix Moriba, but the 18-year-old remains set on a move to German side RB Leipzig, sources have told ESPN.

Ilaix’s contract expires at Camp Nou next summer and he’s not reached an agreement to renew. Barca will let him leave if a club pays around €20m. If not they will leave him in the stands until his contract runs down.

Leipzig’s first offer was worth around €6m but sources say they could make a renewed attempt to sign Ilaix, who made 18 first-team appearances for Barca last season, if midfielder Marcel Sabitzer joins Bayern Munich in the coming days.