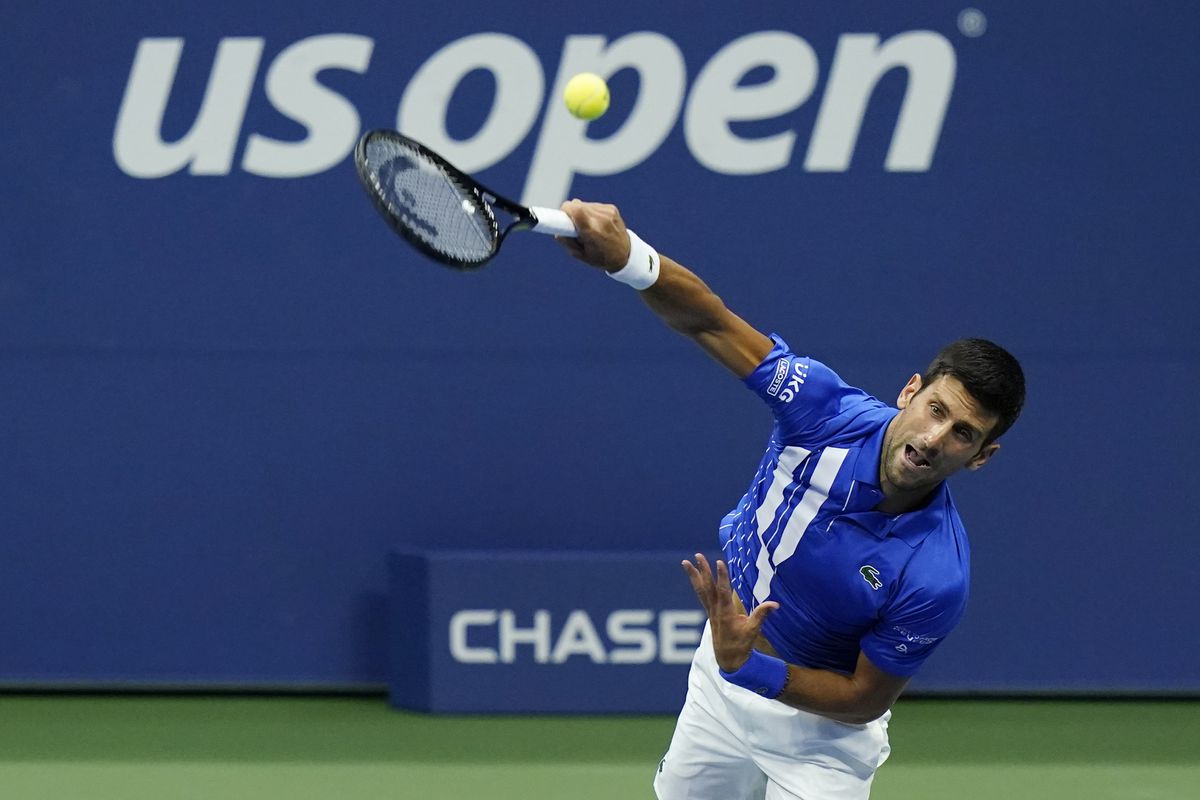 Novak Djokovic will start his bid to win the US Open for a men’s-record 21st major tennis championship and to complete a calendar-year Grand Slam by facing a player who comes through qualifying.

Win that match and Djokovic’s path — as determined by Thursday’s draw — could include 2014 finalist Kei Nishikori in the third round, No. 6 seed Matteo Berrettini in the quarterfinals in a rematch of last month’s Wimbledon final and No. 4 Alexander Zverev, the 2020 runner-up in New York, in the semifinals.

Naomi Osaka’s first Grand Slam action since she withdrew from the French Open following a first-round triumph to take a mental health break will come versus Marie Bouzkova, a 23-year-old from the Czech Republic who is ranked 86th and has a 1-10 career record at the majors, including 0-3 at Flushing Meadows. Osaka won their only previous encounter in consecutive sets at last year’s Australian Open.

Looking past that, Osaka could face 17-year-old American Coco Gauff — whom she beat in New York in 2019 and lost to at Melbourne Park in 2020 — or three-time major champion Angelique Kerber in the fourth round. Osaka, seeded No. 3, is the reigning champion at the US Open, one of her four major titles, which all have come on hard courts.

The possible women’s quarterfinal pairings by seeding are No. 1 Ash Barty, the Wimbledon champion, versus No. 7 Iga Swiatek; No. 4 Karolina Pliskova against No. 6 Bianca Andreescu; Osaka against No. 5 Elina Svitolina; and No. 2 Aryna Sabalenka against No. 8 Barbora Krejcikova.

Main-draw play starts Monday with spectators allowed at full capacity, a year after fans were banned because of the coronavirus pandemic.

The No. 1-seeded Djokovic is the first man to head to Flushing Meadows after having won a season’s first three major titles since Rod Laver went 4-for-4 at the Slams in 1969. That was Laver’s second true Grand Slam, joining the one in 1962; Don Budge in 1938 is the only other man to win all four majors in a single year. Steffi Graf in 1988 was the last woman to do it.

The other potential men’s quarterfinal matchups are Zverev vs. No. 7 Denis Shapovalov; No. 2 Daniil Medvedev vs. No. 8 Casper Ruud; and No. 3 Stefanos Tsitsipas vs. No. 5 Andrey Rublev.

In the first round, Tsitsipas will meet Andy Murray, whose three Grand Slam titles include the 2012 US Open.

Djokovic, Murray and No. 30 Marin Cilic, who defeated Nishikori at Arthur Ashe Stadium in the final seven years ago, are the only players in the 128-player men’s bracket who have won a Grand Slam trophy in singles.

Medvedev, Tsitsipas and Berrettini all were finalists at majors this year and lost to Djokovic. Roger Federer and Rafael Nadal — who currently share the men’s mark of 20 Slam titles with Djokovic — are both injured and done for the season. Last year’s US Open champion, Dominic Thiem, also withdrew, citing a bad wrist, and the 2016 winner, Stan Wawrinka, is out after foot surgery.