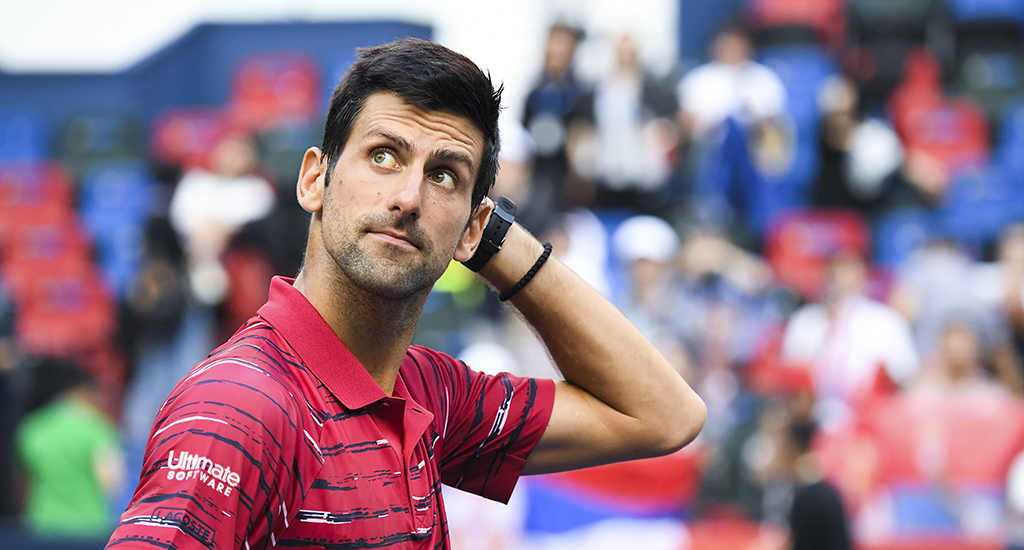 World No. 1 Novak Djokovic pulled out of an Adelaide exhibition due to a blistered hand on Friday before appearing on court to play a set after all, helping his compatriot Filip Krajinovic beat Jannik Sinner.

Djokovic was planned to kick off the “Day at the Drive” event in front of a crowd of 4,000 at Adelaide’s Memorial Drive Tennis Club but pulled out minutes before he was due on court and was substituted by Krajinovic.

To the clear delight of the fans, however, Djokovic then bounded onto the court after his practice partner had won the first set and proceeded to wrap up a 6-3, 6-3 triumph over the Italian teenager.

“I’m sorry that I didn’t step in on the court from the beginning,” said Djokovic, who was celebrating his first day of freedom after 14 days in quarantine.

“I had to do some treatment with my physio, I wasn’t feeling my best for the last two days and I didn’t know how I was going to react.”

Djokovic looked to be largely unhindered by the nasty-looking blister on the palm of his right hand.

“It’s not easy but it’s part of what we do, we’re professional athletes, we learn over the years to play with the pain,” he added.

“It’s just a case of whether that pain is bearable or not. Obviously, coming off a hard training block and having the ATP Cup and Australian Open coming up you don’t want to risk it too much.”

Djokovic and Krajinovic will join forces again to defend the ATP Cup in Melbourne next week before the former launches his bid for a ninth Australian Open title on Feb. 8.

“How is it to hit with Novak for two weeks? Not easy,” stated Krajinovic.

“But you can see he’s playing well, so the training was good.”

Djokovic said he simply could not resist the urge to go out and join the match.

“We haven’t played in front of a crowd of this size for a long time, so this is very special.”

Serena Williams defeated Naomi Osaka 6-2 2-6 (10-7) in a ‘super breaker’ in the second match with both players united in their excitement at playing in front of fans.

“We haven’t played in front of a crowd in over a year so it’s been a really long time,” said Williams, who has been isolating with her three-year-old daughter.

“We were so happy just to be here. Now it’s worth it.”

In the first match of the evening session, Rafa Nadal took down Dominic Thiem 7-5 6-4 in a highly entertaining encounter between the men’s world No. 2 and 3.

Both players showed their 14-day quarantine did not have much impact on their power and shot-making and competed furiously before they head to Melbourne Park, where Thiem lost in last year’s final to Djokovic.

Andreescu withdraws from Grampians, will focus on Australian Open prep