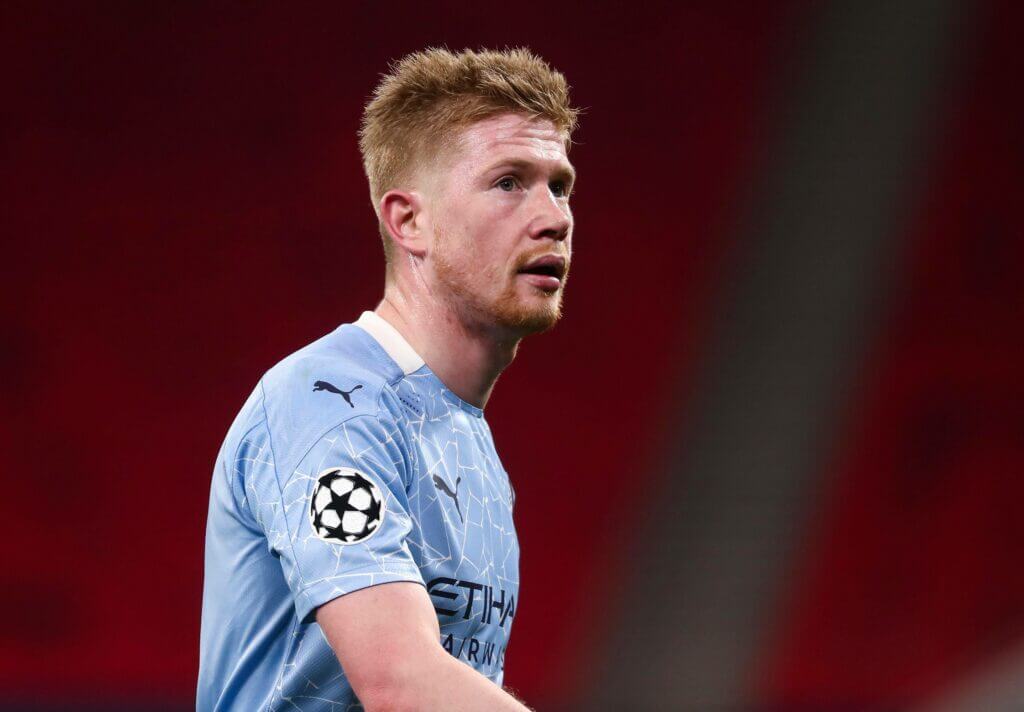 Kevin De Bruyne has signed a new long-term contract at Manchester City that will keep him at the Etihad Stadium until 2025.

The Belgium international has committed his future for another two years, and sources have told ESPN that City’s priority is to sort out Raheem Sterling’s future amid interest from Real Madrid.

“I could not be happier,” De Bruyne said. “Since joining City in 2015, I have felt at home. I love the fans; my family is settled here in Manchester and my own game has developed really well.

“This football club is geared for success. It offers me everything I need to maximise my performance, so signing this contract was a straightforward decision. I am playing the best football of my career and I honestly feel there is more to come.”

De Bruyne has made more than 250 appearances for the club since joining from Wolfsburg in 2015. He is on course to win a third Premier League title this campaign and captained the side in their 2-1 victory over Borussia Dortmund in their Champions League quarterfinal first leg on Tuesday.

He said his bond with manager Pep Guardiola, who signed a new contract earlier this season, was a key reason behind extending his stay at the Etihad.

“Pep and I see football in the same way,” De Bruyne said. “Having that relationship with a manager is so important to me because our objectives are totally aligned, and we want the same things.

“My focus now is on ensuring we have a successful end to the current campaign. Our results and performances so far have been excellent, but we need to make sure we end the season with the silverware we deserve.”

City have already informed that striker Sergio Aguero will leave in the summer. Midfielder Fernandinho could follow, with his contract set to expire at the end of the season.