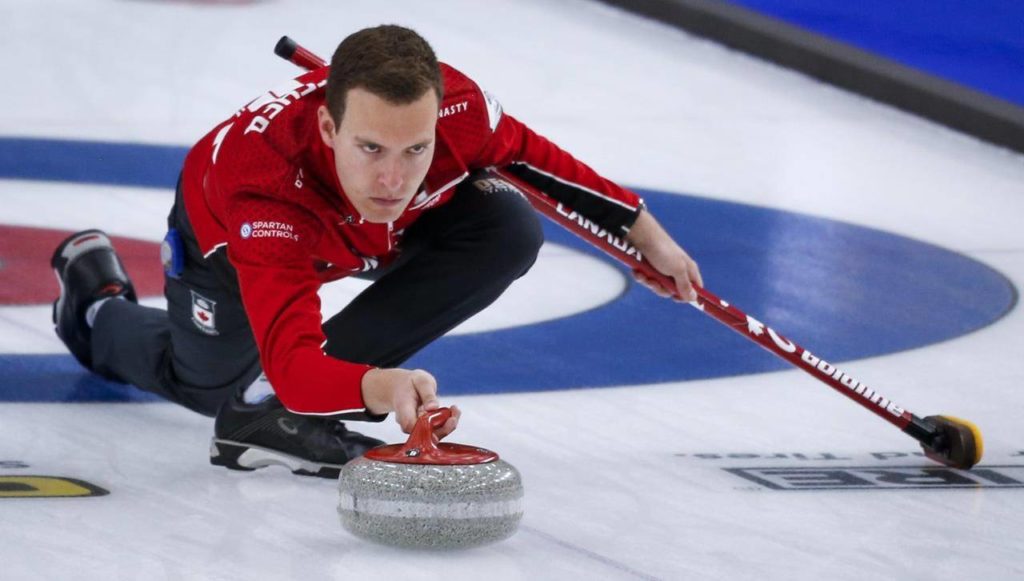 Coming off an upset loss and with a contender-heavy calendar on the horizon, Canada’s Brendan Bottcher was in desperate need of a solid victory on Tuesday afternoon.

“Everyone is really good and everyone loves to beat Canada,” Bottcher said of the competition. “So the best game they play all week is often against us. We knew that going in. Everyone told us that was the case.

“But now we’re experiencing it and we really have to play our A-game every game.”

Bottcher made it a two-win day with a 6-5 victory over China’s Qiang Zou in the evening. Bottcher drew the four-foot ring for the single point in the 10th end.

“There’s certainly no easy games out here,” Bottcher said. “I thought we had control for most of the game and that carried through to hammer in the last end.”

In the early game, things turned in the sixth end when Retornaz was drawing against three. His stone was light, giving Canada a steal and a 6-3 lead.

Canada ran Italy out of rocks in the 10th to win it.

“We’ve been really resilient this week,” Bottcher said. “It hasn’t been easy at times. We’ve had ups, we’ve had downs, we’ve been fighting the ice a little bit.

“There’s a lot that goes into a world championship and this is our first time here. We’re learning as we go a little bit.”

The top six teams will reach the playoffs.

The top two finishers in the 14-team round-robin earn byes to the semifinals on Saturday.