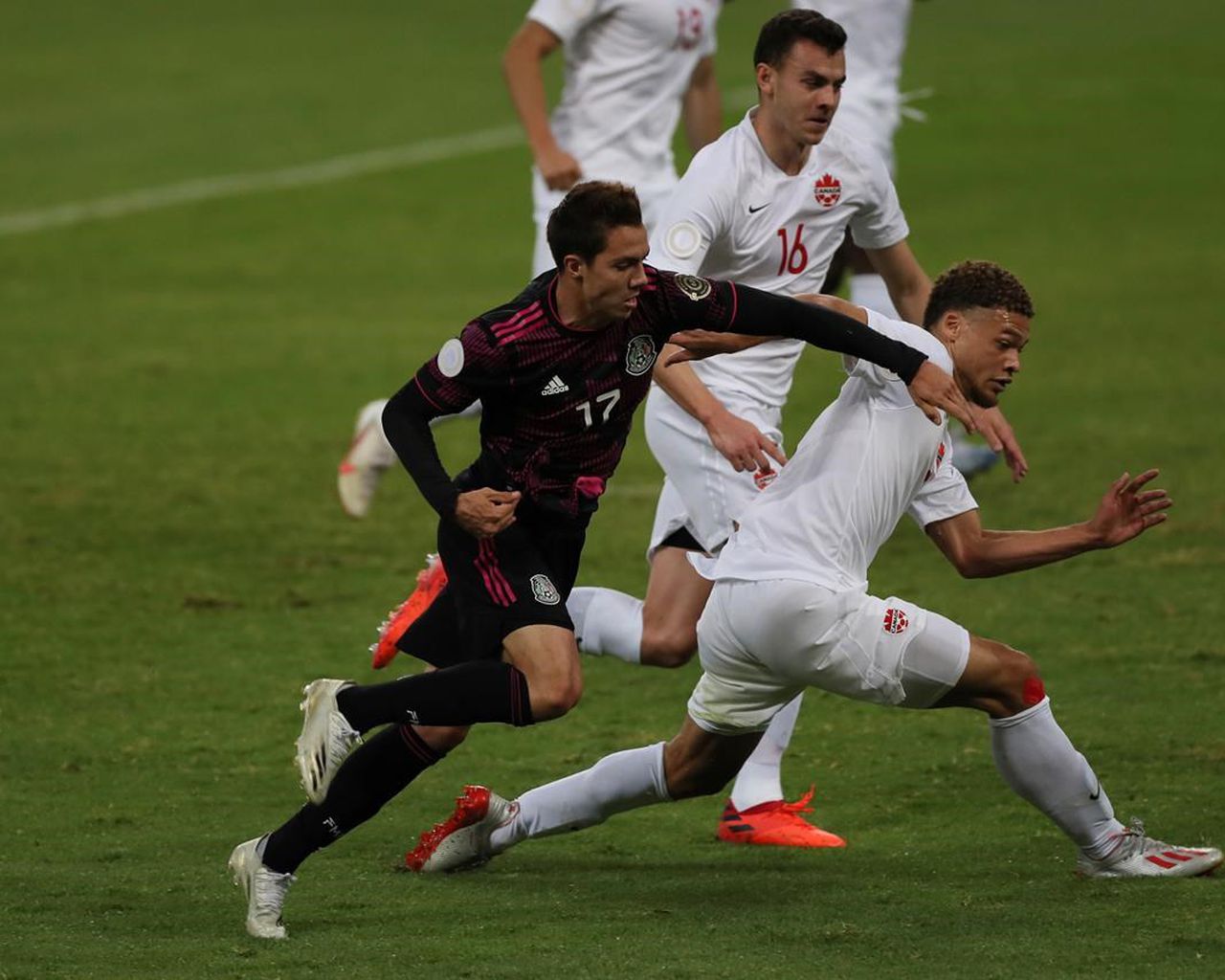 Canada faced a mammoth mission in its bid for its first Olympic men’s soccer berth in nearly four decades — it needed to defeat a Mexican powerhouse on their home soil, something no Canadian team has ever done.

Still, for 56 minutes, the dream looked within reach.

Then an unfortunate risky pass up the middle by goalie James Pantemis — who was outstanding throughout the tournament — led to a Mexican goal, putting Canada in a hole too deep to dig out of.

“I thought we had the tactics right, we were frustrating them, not really giving them the chances,” stated Canadian coach Mauro Biello. “It’s unfortunate, we had to be perfect, you have to be perfect against a team like that.

“We lost to the best team in CONCACAF. And it was a fight.”

Uriel Antuna and Johan Vasquez scored to lift Mexico to a 2-0 triumph over Canada in the do-or-die semifinals of the CONCACAF Men’s Olympic Qualifying Championship on Sunday.

Mexico, the Olympic gold medalists in 2012, clinched their 12th Olympic berth with the victory, while the Canadians, who haven’t played on the Olympic stage since 1984, must wait another three years.

Canada’s defense was excellent in keeping Mexico off the scoreboard before Mexico capitalized on Pantemis’s long pass up the middle to the foot of a Mexican player.

“For us to be in the game for that amount of time, and really managing them and frustrating them for a good period was very good,” Biello said. “And unfortunately, there was a an error that that cost us and changed a little bit the momentum.”

Antuna, a lethal striker who’s scored eight goals in 16 appearances for Mexico’s full national side, was open just inside the box and one-timed a pass past Pantemis.

Mexico delivered more heartbreak in the 64th minute at Jalisco Stadium when Vasquez out-leapt Canadian defenders to get his head on a free kick.

“Disappointment, frustration,” said Norman, who normally plays midfield for Cavalry FC in the Canadian Premier League. “We had a game plan that the first half kind of went to script like we wanted it to. We had belief across the group, we really thought this was going to be the year we pushed Canada to the next level, and we had full belief that was gonna happen, so disappointed for sure.”

Canada came into the tournament — which was postponed a year due to COVID-19 — 0-4-2 versus Mexico at the under-23 level in Olympic qualifying since 1992.

No Canadian men’s team has ever won a competitive match in Mexico.