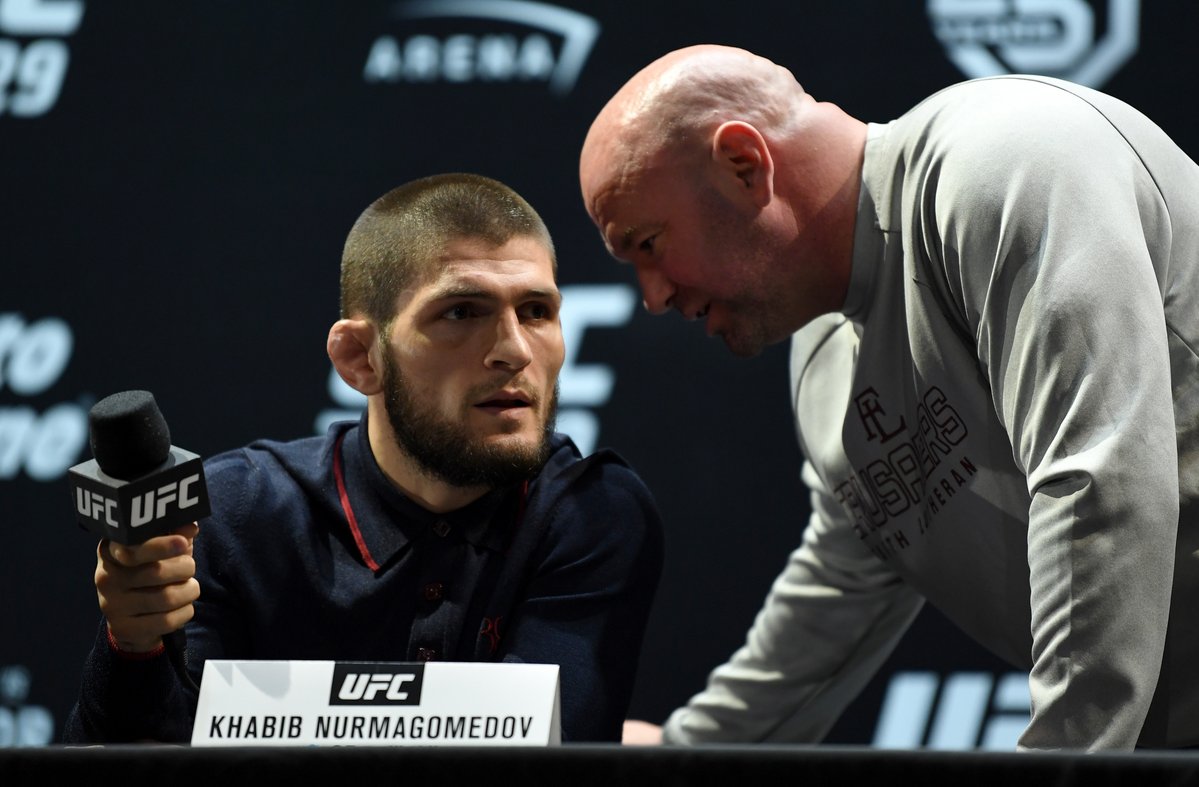 UFC president Dana White is expected to meet with undefeated lightweight champion Khabib Nurmagomedov this week in Abu Dhabi for the first time since Nurmagomedov revealed his retirement in October.

Nurmagomedov (29-0) is still the UFC’s undisputed 155-pound champion, even though he has stated he does not intend to fight again. White has repeatedly said he believes Nurmagomedov will ultimately return to the Octagon, but says the promotion should have a much better idea of Nurmagomedov’s status this week.

Nurmagomedov, 32, shocked the mixed martial arts world when he said he would not fight again following his third consecutive title defense versus Gaethje at UFC 254.

Nurmagomedov’s father, Abdulmanap, died of heart complications made worse by the coronavirus last year, and Nurmagomedov said he promised his mother he would not fight again. It’s well known, however, that Abdulmanap wanted his son to retire with a final record of 30-0.

As a fan of the sport, White said he’d love to see Nurmagomedov fight “10 more,” but hinted his goal, for now, is to get him to return for just one. The UFC is promoting a massive lightweight fight between Conor McGregor and Dustin Poirier at UFC 257 on Jan. 23 on “Fight Island” (Yas Island in Abu Dhabi). Should McGregor win, White has made it no secret he would love to book a second fight between Nurmagomedov and McGregor. The two met for the title in October 2018, and Nurmagomedov won via submission in the fourth round.

“As a promoter, you always want to see the best guys in the world, but at the same time, when a guy wants to retire, he probably should,” White said. “The difference with a guy like Khabib is he’s been through so much, and losing his dad was a major blow to him. Yet, his dad wanted him to hit 30-0.

“No matter what you think of Conor personally, Conor McGregor is not only one of the best in the world, but one of the best to ever do it. And right now, he’s as focused as he’s ever been. I don’t know if this is going to be the same Conor after the Poirier fight, but if this Conor sticks around for the next year, how do you not do Khabib vs. Conor again?” If White is ineffective at persuading Nurmagomedov into another fight, he did say McGregor will fight for the championship if he were to defeat Poirier on Jan. 23.

That fight is a rematch of a fight that took place in September 2014, when McGregor beat Poirier at UFC 178 via first-round knockout.