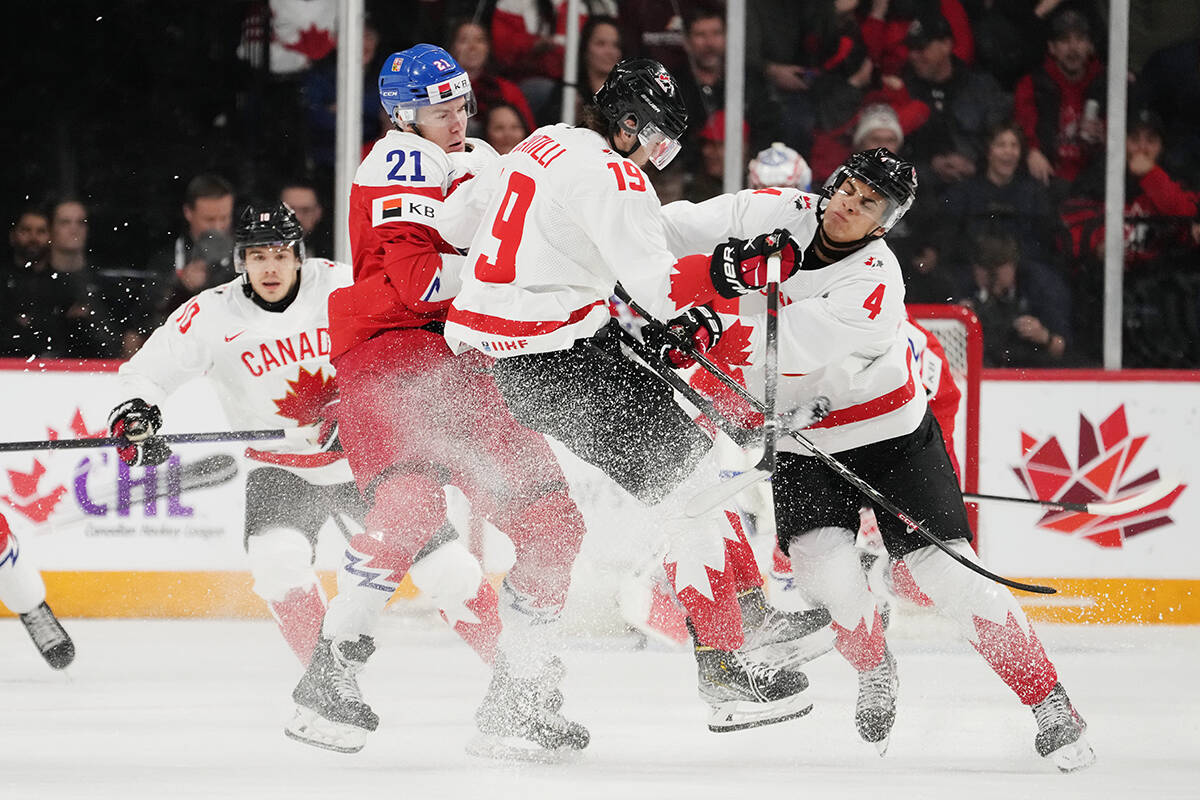 A talented, ultra-skilled roster featuring three NHL players and the presumptive top pick at the 2023 draft was giddy at the thought of impressing a rabid home crowd.

Once the puck dropped, it was a completely different — and jaw-dropping — story.

Jaroslav Chmelar and Matous Mensik scored 33 seconds apart during a five-minute power play as Czech Republic stunned Canada 5-2 in the opener for both countries at the world junior hockey championship Monday.

“We wanted to put on a show,” said Clarke, one of three NHL players loaned to the national team. “Maybe that got us away from what we were actually intending to do — just be a hard-nosed team, be a team nobody wants to play against.

Stanislav Svozil and David Spacek, with a goal and an assist each, and David Moravec also scored for underdog Czechia, the country commonly known as the Czech Republic.

Tomas Suchanek was stellar in making 36 saves behind a structured, determined group.

“Never had a better feeling,” Svozil said. “I don’t know how to explain it.”

Shane Wright, with a goal and an assist, and Connor Bedard replied for disjointed, at-times-free-wheeling Canada.

“They played with little more intensity to start,” added Bedard, a phenom expected to go first overall in June. “They outworked us for a good amount of the game.”

Benjamin Gaudreau permitted five goals on 17 shots before being replaced by Thomas Milic in the second period. Milic concluded with 10 saves as the suddenly wobbly tournament favorites lost to the Czechs for the first time in 3,285 days.