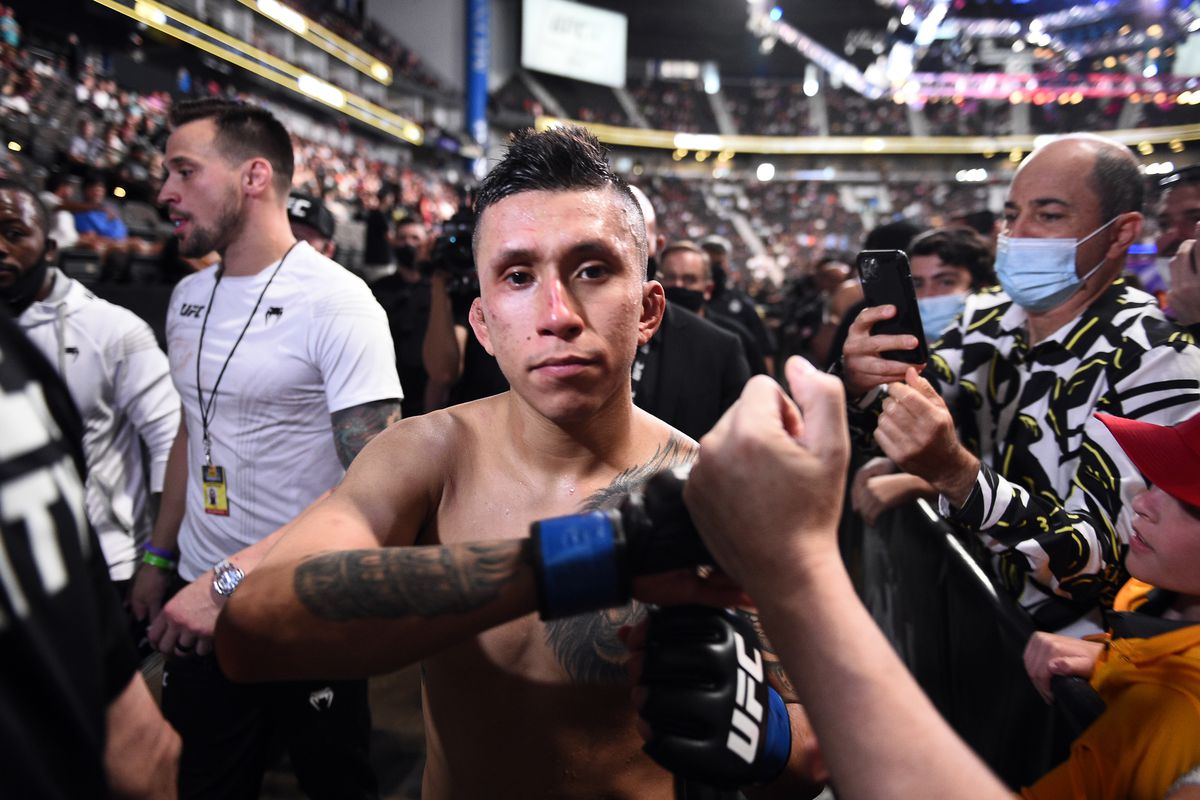 The reason for the suspension is not listed. A source with access to the Association of Boxing Commissions and Combative Sports (ABC) internal database told ESPN that Molina’s suspension is marked as “uncategorized,” pending the NSAC’s next meeting. That meeting is calendared for January.

Molina, a 25-year-old flyweight prospect, recently withdrew from a scheduled fight with Jimmy Flick at UFC Fight Night on Jan. 14 in Las Vegas, which is the UFC’s next event. He was replaced by Charles Johnson.

Molina, who trained for years under MMA coach James Krause, withdrew from the bout on Dec. 3, one day after the UFC announced that fighters training under Krause would be banned from UFC events if they did not disassociate from him.

Krause and one of his fighters, Darrick Minner, are currently suspended by the NSAC as part of a suspicious betting investigation into Minner’s Nov. 5 UFC fight in Las Vegas versus Shayilan Nuerdanbieke.

Multiple sources told ESPN that Molina is also linked to the investigation, which, according to the UFC, involves multiple government entities. The FBI is collecting information and has spoken to people regarding the Minner vs. Nuerdanbieke fight, according to multiple sources.

NSAC executive director Jeff Mullen said he could not comment on whether Molina was suspended “until the meeting support material is released.”

Molina did not respond to a request for comment from ESPN on Friday. The UFC released Minner on Dec. 2. At the NSAC meeting on Dec. 14, the commission extended the suspensions of Krause and Minner, pending further investigation.

The Minner vs. Nuerdanbieke fight is under scrutiny after a dramatic betting line movement in the hours before the event.

Minner lost the bout via first-round TKO after visibly demonstrating that he had an injured left leg during the contest. Multiple sportsbooks reported receiving unusual betting interest on Nuerdanbieke to win by knockout in the first round and for the fight to last fewer than 2.5 rounds. Nuerdanbieke moved from a -220 favorite to a -420 favorite.

Krause and Minner’s NSAC suspensions are currently based on what the commission has deemed a failure to disclose Minner’s injury on his prefight medical questionnaire prior to the Nov. 5 fight. Nevada deputy attorney general Joel Bekker said at the NSAC monthly meeting Dec. 14 that both Krause and Minner are also being investigated by other bodies, probes that could lead to “further violations.”

Molina is 3-0 in the UFC with his most recent win coming in June against Zhalgas Zhumagulov via split decision in Las Vegas. ESPN ranked Molina No. 9 on its 2021 list of the best 25 fighters under 25 years old. Molina is No. 13 at flyweight on the UFC’s official rankings.