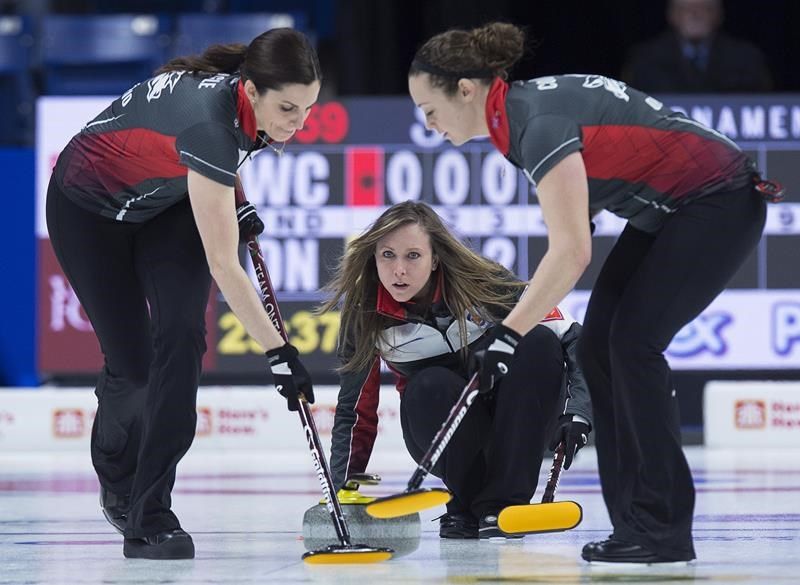 Lisa Weagle wasn’t sure what might be next for her after getting the surprising news last week that she was no longer a part of Team Rachel Homan.

The all-star lead turned to family and friends for support and eventually she had talks about future plans. Weagle, a top free agent, wanted to keep her options open.

Competitive curling was still appealing but had to be the right fit. Coaching was also a possibility, as was a return to communications work.

“The last week has been tough and it really put my values and priorities into focus,” Weagle said. “I use that to guide my decision-making. I knew in my heart that I still really wanted to play.”

When Jennifer Jones reached out last Sunday to discuss the idea of creating a five-player team, it got Weagle’s attention. Jones’s teammates — third Kaitlyn Lawes, second Jocelyn Peterman and lead Dawn McEwen — soon joined them for a video call and it wasn’t long before Weagle was officially on board.

“We were on the call with Lisa and I don’t think any of us stopped smiling,” Jones said.

The unusual move was the latest in a series of high-profile roster changes on the domestic curling scene. The off-season essentially started last week as the bulk of the 2019-20 curling calendar was cancelled due to the COVID-19 pandemic.

Some teams wasted little time finalizing lineup moves with the 2021 Olympic Trials just over a year and a half away.

“This is a really established team with such an amazing competitive resume,” Weagle stated from Ottawa. “I knew that if I was going to play, I wanted it to be for a team that had the potential to win. I want to win another Scotties and I want to win the Trials and go back to the Olympics.

Many curling teams use a fifth player as an alternate through the season and particularly at significant events. The fifth rarely sees ice time but is available in case of underperformance or injury.

Team Jones is planning to have all five players train together and be on hand at most competitions.