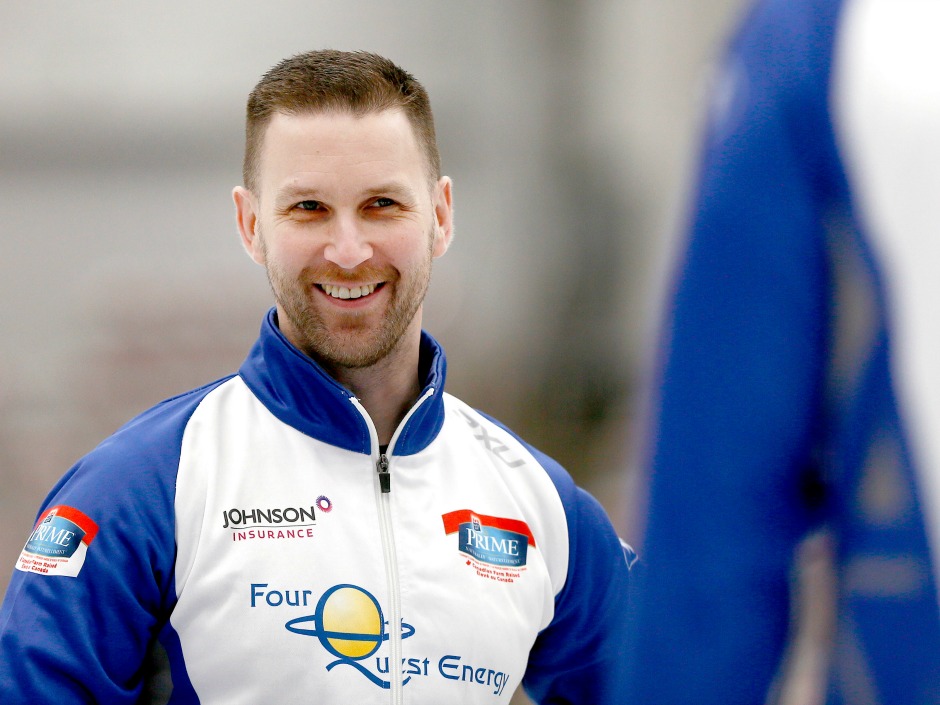 The spring season is usually a very busy time for Canadian curling champion Brad Gushue, who would normally be juggling his packed on-ice agenda with work duties as an Orange theory Fitness franchisee.

Instead the veteran skip is home in St. John’s, N.L., with his athletic pursuits on hold and his studios temporarily closed.

“It’s been a challenge for me because for what’s felt like a couple years it’s just been go, go, go,” Gushue said. “Now all of a sudden it seems like an extended vacation with nowhere to go.”

Gushue guided his Newfoundland and Labrador team to victory at the Tim Hortons Brier last March in Kingston, Ont. It was his third national men’s curling title in four years. The Brier was the last major Canadian sporting event before the onset of the COVID-19 pandemic. His team would have represented the country at the world championship in Glasgow, Scotland, but the event was cancelled.

“When this first started, it was hard because it felt like you really had nothing to strive for each day,” Gushue said. “If you weren’t working, and curling was done and our training was done, it was kind of like, ‘What are we doing today?”‘

The 2006 Olympic champion, who turns 40 next month, stated he has recalibrated his fitness routine, is reading more often and is enjoying more family time with wife, Krista, and daughters Hayley and Marissa.

On the business front, Gushue said the pandemic has had a “huge impact” on his three franchises. A fourth studio is under construction.

“We’ve shut down and we haven’t continued any sales,” he said. “Really we’re just reaching out to members as much as possible to stay in contact with them.”

Gushue stated he foresees a major shift in the general retail environment. He feels the transition to online purchasing has been accelerated by 10 or 20 years as a result of the pandemic.

“I think we’re going to come out of this and it’s going to be a little bit of a different world just in our buying practices and how we operate as a society,” he said. “I think you’re going to see a lot of changes in a lot of new businesses that have developed and a lot of old businesses that are probably going to go by the wayside.”

It remains uncertain when Gushue and his teammates will resume competition. The off-season normally runs until late summer but that could be extended by several weeks or months.

Gushue’s team is ranked third in Canada and fourth in the world.