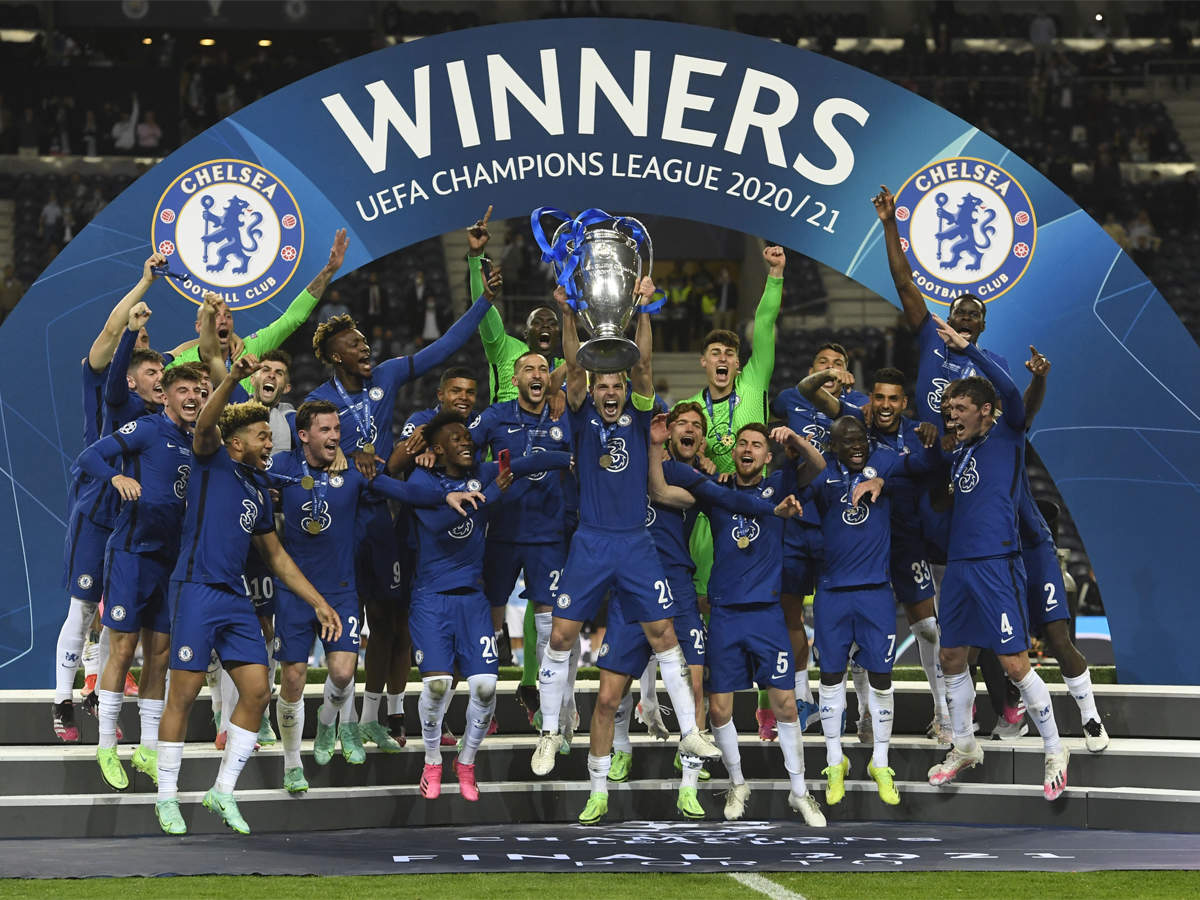 Chelsea clinched the Champions League title on Saturday after defeating Manchester City 1-0 in the all-English final.

A first-half goal from summer signing Kai Havertz, the most expensive player in Chelsea’s history, was enough to earn Thomas Tuchel’s side victory in front of thousands of fans at Porto’s Estadio Dragao in Portugal.

Chelsea, which last won the Champions League in 2012, was worthy of the win having executed a perfect match plan masterminded from Tuchel, who took over from club legend Frank Lampard in January.

The former boss of Paris Saint-Germain, who lost to Bayern Munich in the final last cmpaign, was an animated figure throughout, conducting the 16,500 fans present and urging his side to a famous win.

“They (the players) were determined to win this. We wanted to be a stone in their (Manchester City’s) shoe,” an emotional Tuchel told BT Sport after the game.

“We encouraged everybody to step up and step out, to be more brave and create dangerous counterattacks.”

Both teams had possibilities throughout but it was Havertz who kept his calm, latching onto a wonderful through ball from Mason Mount to round the goalkeeper and pass into an open net moments before half-time.

Both sides lost key players during the final.

Chelsea’s veteran defender Thiago Silva picked up an injury in the first half and City captain Kevin De Bruyne had to be subbed off in the second half after colliding with Antonio Rüdiger.

But even before losing its talisman, City looked short of quality and couldn’t cope with the constant pressure from Chelsea, led by man of the match N’Golo Kante.

Despite dominating domestically, the Champions League has been the thorn in Manchester City’s side in recent years.

Manager Pep Guardiola, widely considered one of the greatest managers of all time, has not won the title since leaving Barcelona in 2012.

Three seasons came and went at Bayern Munich without European glory and he had failed to get past the quarterfinal stage during his first four years at City.

He has sometimes been accused of overthinking his tactics when it comes to crunch time in the Champions League, often to the detriment of his own team, and it seems he suffered a similar fate on Saturday.

Guardiola opted for an attacking lineup without a single holding midfielder and his side failed to dominate proceedings as it normally does.

Despite the disappointment, City still finishes the season as the Premier League and League Cup champions.

“It has been an exceptional season for us. It was a tight game. We had chances,” Guardiola told BT Sport after the match. “We were brilliant in the second half, we were brave and we could not convert the chances as they were so strong. The players were exceptional. We come back maybe one day again!”