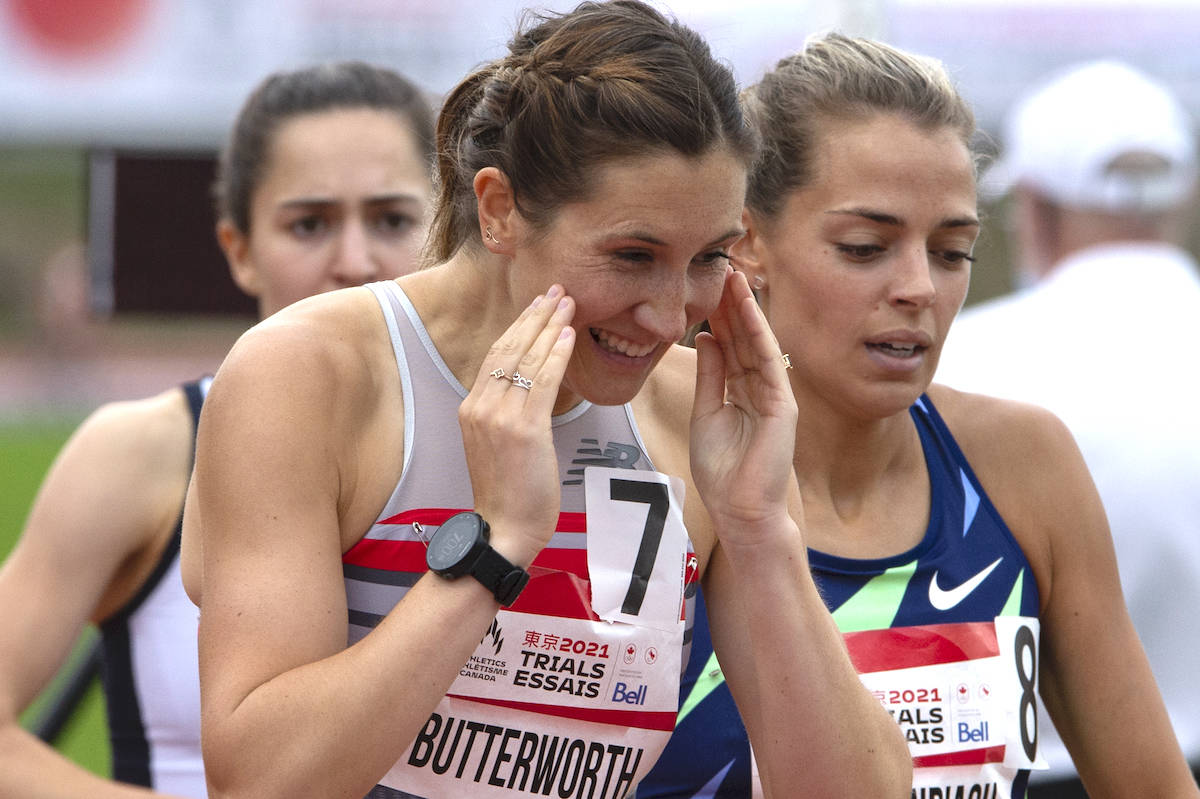 Charles Philibert-Thiboutot of Quebec City won the men’s 1,500 meters at the Canadian Olympic track and field trials, but his time of three minutes 40.78 seconds was well off the 3:35 automatic Olympic standard of 3:35.

Philibert-Thiboutot, who raced at the 2016 Rio Olympics, has been flirting with the standard all campaign, running 3:36.44 earlier this month in Marseille, France.

Staehli hadn’t been concerned with the standard as she’s already qualified for Tokyo in the 5,000. But it was a disappointing day for Lucia Stafford, who took the silver in 4:09.61.

Stafford, who ran 4:05.30, hoped to join her sister Gabriela DeBues-Stafford in Tokyo. DeBues-Stafford had previously qualified for the Olympics and didn’t race in Montreal.

Staehli stated the wind down the backstretch was a big factor in the women’s race.

The trials are being held in front of no fans at Claude Robillard Sports Complex due to COVID-19 regulations.

There’s one last meet Tuesday in Montreal, which will be a final shot to hit standards and earn valuable world ranking points before the qualifying window closes at the end of that day. World Athletics will reveal their final rankings, plus the list of relays for Tokyo, on Thursday, and Athletics Canada expects to announce its team on Friday.