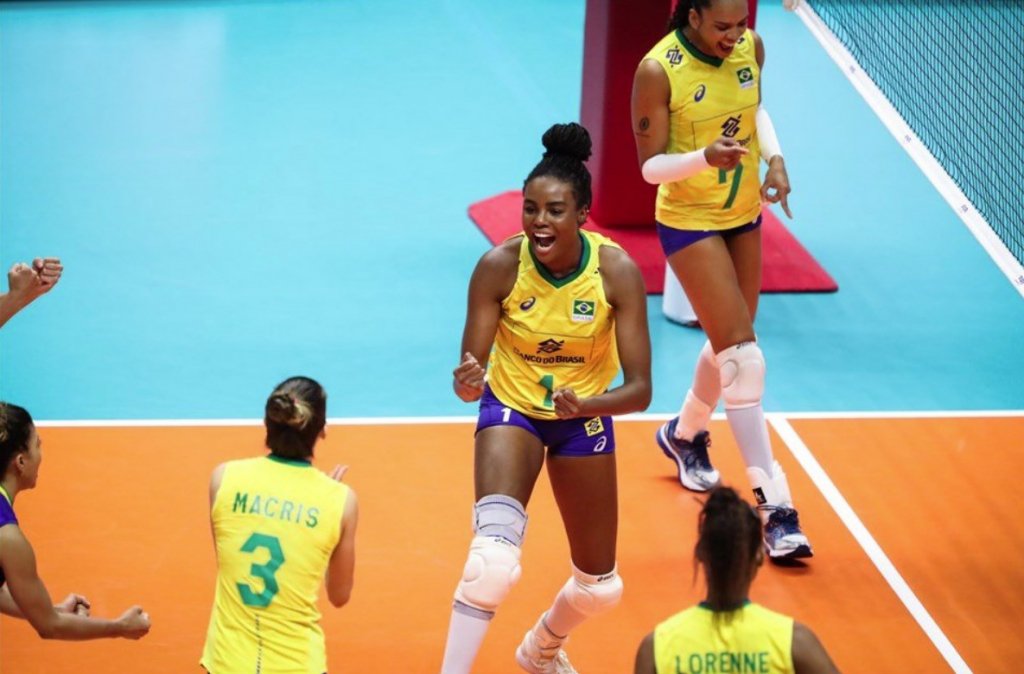 Canada looked anything but an 18th-ranked outfit early in its Volleyball Nations League debut on Tuesday.

“I’m really proud of the work our team and coaching staff put in to get us into the VNL,” Canadian outside hitter Alexa Gray told Volleyball World before the tournament opener. “Competing against the best will help our team gain experience.”

The world No. 3 Brazilians made a VNL semifinal appearance in 2018 and a year later won a silver medal after losing to the two-time defending champion United States. Last year’s tourney was cancelled due to the coronavirus pandemic.

The Canadians, who qualified for this year’s tourney after capturing the 2019 FIVB Volleyball Challenger Cup, tested Brazil in the opening set Tuesday.

With the game tied 3-3, Canada went ahead by two on an Emily Maglio kill and an ace. Brazil later drew even 7-7 and took a 9-7 lead, but Canadians drew even on kills by Maglio and Hilary Howe.

Brazil took a 13-10 advantage but a resilient group of Canadians fought back, with Jennifer Cross’ dig leading to a point and 14-14 tie.

Brazil never extended its lead by more than two points before Canada head coach Shannon Winzer, a former assistant, called a timeout with her team trailing 21-19.

“We’re right there,” the head coach of Canada’s NextGen development program was heard telling her charges during the break.

After Brazil went up 22-19 on a block, a Cross point off a block and wide shot by Brazil opposite hitter Tandara Caixeta put Canada within a point, down 22-21.

Following a Brazilian timeout, Canada tied the match 23-23 and pulled away for good, highlighted by an Andrea Mitrovic block.

Four players stood out for Brazil as the two-hour match progressed: middle blocker Carol Gattaz — the oldest player in the tournament at 39 — outside hitter Gabi Guimaraes, middle blocker Ana Beatriz Correa and London 2012 Olympic champion Fernanda Garay, 34, who plans to sit out next campaign after the Tokyo Olympics to start a family.

Gattaz is a two-time FIVB world silver medalist representing her country for the first time since 2013 while Ana Beatriz was named best blocker at the 2019 VNL.