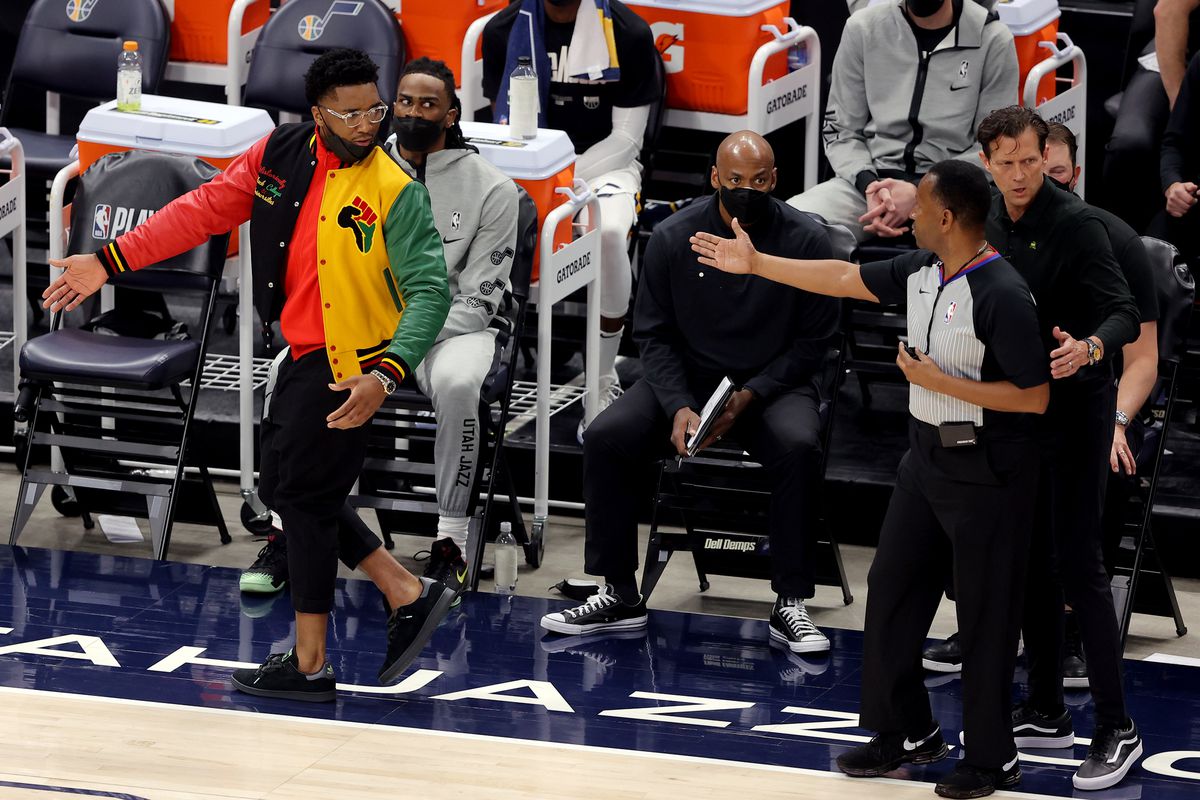 Utah Jazz star guard Donovan Mitchell acknowledged Monday he was “definitely frustrated and upset” with the late ruling to scratch him from Sunday’s playoff opener but emphasized focusing on moving forward after the team’s medical staff cleared him to play in Game 2 versus the visiting Memphis Grizzlies.

Mitchell has been out since April 16 due to a sprained right ankle, longer than initially expected, and sources told ESPN that the surprising decision to hold him out of the 112-109 home loss in Game 1 deepened tensions within the team regarding his recovery.

“For me, for my team, I was definitely frustrated and upset that I wasn’t able to play,” said Mitchell, an All-Star who averaged career bests of 26.4 points and 5.2 assists per match this season for the top-seeded Jazz. “I’m a competitor. I felt I was ready to go. I felt ready to go, and unfortunately, that wasn’t the case. That was not how it happened. I was ready to go when I spoke [to media after Sunday’s shootaround], and they came to the decision that that’s what it was.

As he did in the three days leading up to the Western Conference first-round opener — and the team announced immediately afterward that he would be available Wednesday when Utah attempts to even the series with the No. 8 seed Grizzlies.

After Mitchell progressed slowly in the early stages of his recovery, he started to work with his personal training staff on the rehabilitation, Mitchell and coach Quin Snyder said, confirming an ESPN report. They both called it a “collaborative effort,” but Mitchell said the team’s medical staff has the final say on a player’s availability when he is returning from injury.

However, Mitchell said he was shocked when informed Sunday afternoon that he wouldn’t play in the series opener. He had expressed excitement about playing in the game when he spoke to the media after the morning shootaround, saying he felt some soreness but no pain. He had not been listed on the Jazz’s injury report on Saturday or early Sunday, indicating that there was no question about his availability.

Mitchell addressed his teammates in a brief, players-only meeting before Monday’s practice, stressing that they had no time to harp on his Game 1 absence, “because we have stuff to handle and an agenda to get to as far as hopefully going out there and winning a championship.”

“I talked to just my teammates and I said, ‘Look, we’re in here together,'” Mitchell said. “I don’t know if I should have shared that, but that’s what it is. We’re in here together. I want them to know — my teammates first, before anything else — that that’s what it is.” Snyder, who is not involved in decisions about a player’s return from injury, agreed with Mitchell regarding the Jazz’s need to concentrate on the task at hand.