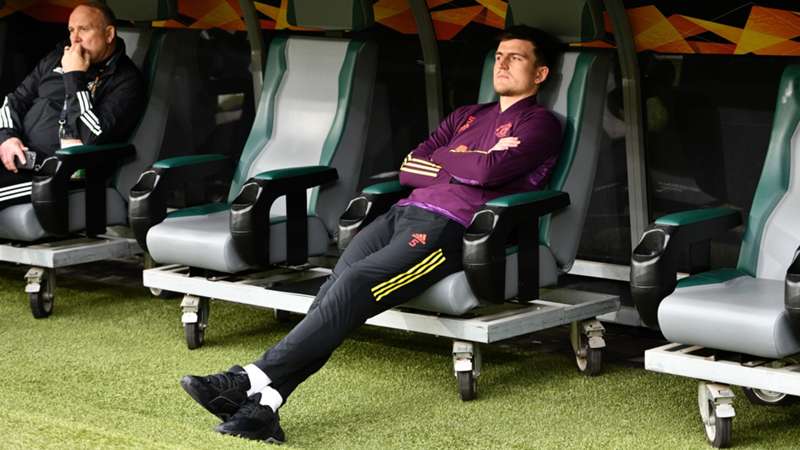 Man Utd will be hoping to end their campaign with silverware as they take on Villarreal in the Europa League final on Wednesday, with Harry Maguire facing a race against time.

Maguire has been named in Manchester United’s 26-man squad for the Europa League final versus Villarreal on Wednesday in Gdansk.

United’s club captain missed the final four games of the domestic season due to an ankle injury and manager Ole Gunnar Solskjaer said last week the defender was “unlikely” to be available in Poland. Maguire had played every minute of every league game since his arrival at Old Trafford in the summer of 2019, but was forced off at Aston Villa two weeks ago with ankle ligament damage.

Solskjaer confirmed he will wait until the day of the final to make a decision on whether the 28-year-old can be involved or not.

Axel Tuanzebe, Eric Bailly and Victor Lindelof have competed for the two centre-back spots in recent matches and all travel to Poland in the hope of being selected.

Solskjaer is looking to lead United to glory 22 years to the day since he completed the treble by scoring a last-gasp winner versus Bayern Munich in the Champions League final.

“We have five wins in Europe, we’ve lost twice to Barcelona,” Solskjaer said. “These are big nights for us. It might be the stepping stone for something better to come, a bright future because this team is a young team.

“It’s a team that we’ve rebuilt over the last couple of years, so hopefully this is the start of something more.

“Of course Sir Alex is with us, we know the 26th of May is Sir Matt’s birthday. But the players when they sign for Man United, they sign to win trophies.

“They accept the challenge of being the best because this is the best club in the world, so that’s the pleasure of the pressure of Man United. “That’s something they are ready for because they wouldn’t have signed here if they weren’t top players.”

U.S. Open to use electronic line-calling technology on all tennis courts