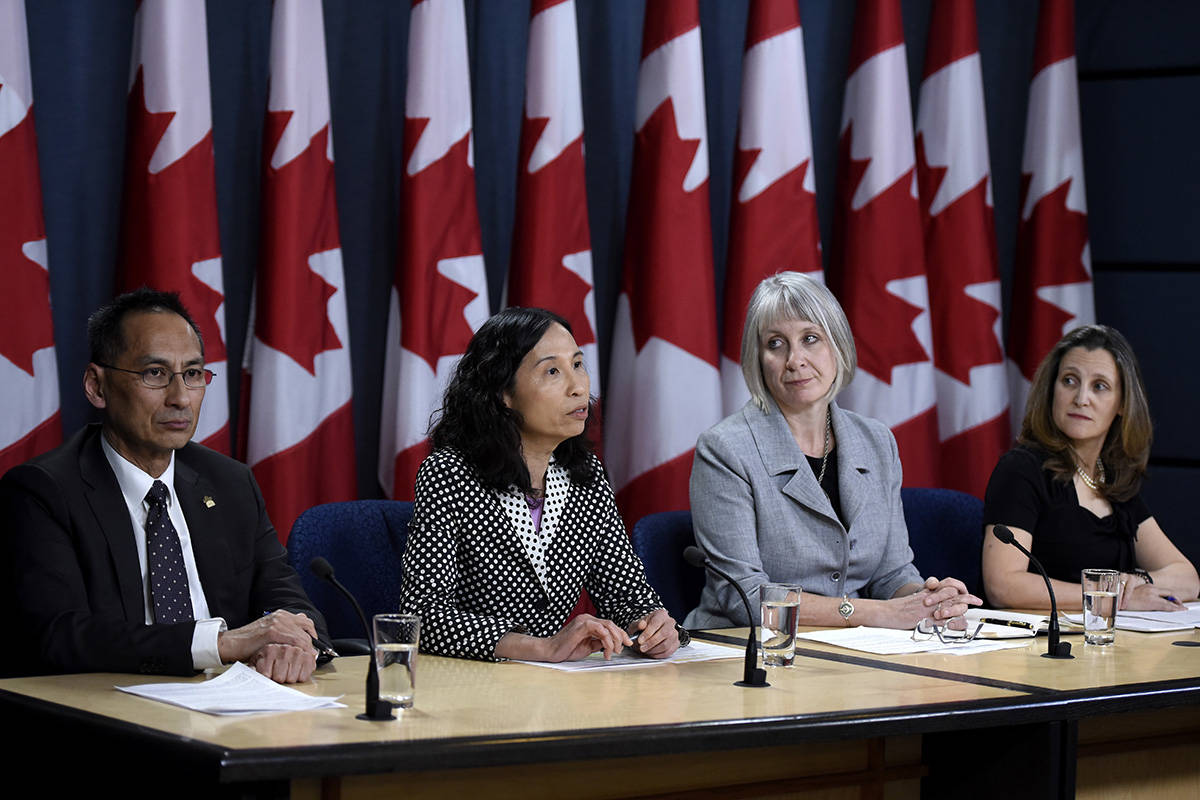 Canada’s chief public health officer stated it’s too early to say when professional sports can be played again in the country, even if matches are played in empty stadiums.

“We have to look at what plans there are for the people who are actually potentially going to be in contact with each other,” Dr. Theresa Tam said at her daily briefing Tuesday. “But I think for sure crowded conditions, mass gatherings are not in any of our near futures, I think that is pretty evident. As to whether certain activity can be done safely, that needs further assessment.”

Tam said experts across the country will move “extremely carefully” when looking at how certain current restrictions might be eased. But she stressed that whatever is decided, including playing games in empty stadiums, will be done with extreme caution.

“Every sector (including sports) should begin some thinking about how innovative they can be in maintaining that social distance because we don’t have other specific measures to treat this virus or a vaccine,” Dr. Tam said. “So the new normal must take into account stopping the spread of the virus.”

Tam’s alert comes on the heels of comments made by her U.S. counterpart, Dr. Anthony Fauci of the National Institute of Allergy and Infectious Diseases, who was slightly more positive about the prospect.

“People say you can’t play without spectators but I think you would get enough buy-in from people who are dying to see a baseball game,” Fauci said of a model most leagues are contemplating that would see teams competing in one central geographic area, with players and staff isolated and tested frequently.

In the coronavirus era, where physical distancing has become the required norm, every league in the world is realizing the only road back will be with fans watching from their couches, not from the stands.

And if people want the sports distraction they desperately yearn for as weeks inside turn to months, it’s all that can be contemplated for now.

There isn’t a lot of North American precedent but the idea isn’t completely new.

On April 29, 2015, a Major League Baseball game was played unlike any other in the sport’s history.

The city of Baltimore had turned violent in the wake of the funeral of Freddie Gray, a young black man who died after being injured while in police custody. With a city on edge and fan safety a concern, spectators were barred from the stadium and the Baltimore Orioles hosted the Chicago White Sox with nobody watching.