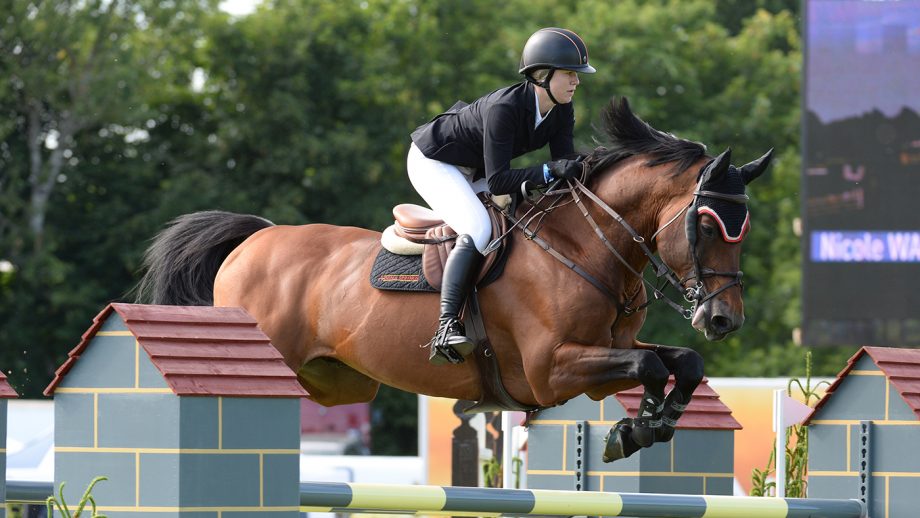 Canadian show jumper Nicole Walker’s appeal of a doping violation has been denied by the Court of Arbitration for Sport.

The Canadian show jumping team’s disqualification from the 2019 Pan American Games stands, which means Canada won’t have a team in the 2021 Tokyo Olympics.

Canada concluded fourth in the Pan Am Games in Lima, Peru to qualify for Tokyo, but the disqualification of Walker’s scores dropped the team to seventh.

Walker tested positive for a cocaine metabolite, which the 27-year-old from Aurora, Ont., says she inadvertently ingested by drinking coca tea. Canada will be able to enter just one horse and rider in the individual event in Tokyo.

The CAS, based in Lausanne, Switzerland, heard joint appeals from Walker and Equestrian Canada on Dec. 21 and Dec. 23.

In a statement, CAS stated reasons for the decision will be given to Walker and Equestrian Canada “in the coming weeks.”

“We are extremely disappointed with the CAS conclusion,” Walker’s lawyer Tim Danson said Tuesday in a statement. “Until it releases the reasons for the decision, we cannot comment further at this time.

“Once the reasons are released and we have had an opportunity to review them, we will have more to say at that time. Nikki has always been fighting for her teammates and their place in the Tokyo Olympics.”

The Canadian team had to finish in the top four in Lima to be among the 20 countries competing for Olympic team gold at the Tokyo Olympics, which were postponed to 2021 due to the COVID-19 pandemic.

The Pan Am Games were Canada’s last opportunity to qualify. Argentina moved up from fifth to claim the last Olympic berth.

Walker was also stripped of fourth place in the individual event in Lima. She said last year in a statement she has never used illicit drugs.

Walker is the daughter of Belinda Stronach, who is president and chairman of The Stronach Group and a former member of Parliament from 2004 to 2008. Walker tested positive for benzoylecgonine in a sample taken the day of the team final Aug. 7 in Lima.

The coca plant holds alkaloids that can be chemically extracted to concoct cocaine.

While coca and coca leaves are illegal in Canada under the Controlled Drugs and Substances Act, coca tea is legal and consumed in several South American countries. Coca tea is considered an altitude sickness remedy in Peru.

Boston Celtics’ third straight game off due to COVID-19