Boston Celtics’ third straight game off due to COVID-19 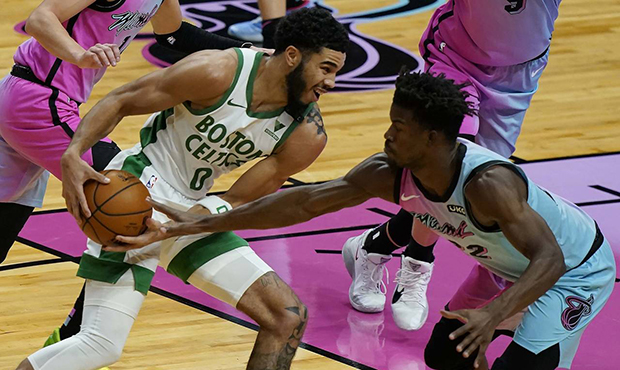 The NBA informed Tuesday afternoon that Wednesday night’s match between the Boston Celtics and Orlando Magic at TD Garden has been postponed because the Celtics can’t field the minimum eight players due to players entering the league’s health and safety protocols.

Sources told ESPN’s Adrian Wojnarowski that the status of Friday’s game between the same two teams here was still uncertain.

The announcement marks the third consecutive game the Celtics have had postponed, following Sunday’s game here between the Celtics and Miami Heat and Tuesday night’s game in Chicago versus the Bulls.

Sunday’s game was postponed because the Heat were unable to field eight players, while the past two were because Boston dipped below that threshold.

Five NBA games have been postponed so far this season — the three involving the Celtics, the game between the New Orleans Pelicans and Dallas Mavericks that had been arranged to be played Monday night, and the game between the Houston Rockets and Oklahoma City Thunder on Dec. 23.

Last Friday, Boston announced that three players — Robert Williams, Grant Williams and Tristan Thompson — would all be sitting out of that night’s game against the Washington Wizards due to entering the NBA’s Health and Safety Protocols. Saturday afternoon, the team added four more names to its injury report for the same reason: Jayson Tatum, Jaylen Brown, Semi Ojeleye and Javonte Green. By Sunday afternoon, all four of them had also been listed as out because of the protocols.

The team has not provided an updated injury report since Sunday night, but that number has clearly risen past those seven players since then.

A source said Boston won’t need to release another injury report until 5 p.m. the day before its next scheduled game, which means that no official update has to be given before Thursday at 5 p.m., presuming Friday’s game versus Orlando remains on the schedule.

The NBA has not laid out a set criteria for contact tracing situations, given the uncertain and evolving nature of the pandemic. Based on the amount of time other players — including Brooklyn Nets star Kevin Durant — have missed due to contact tracing, which appears to be roughly a week, the earliest the Celtics could get any of their players back would be Thursday or Friday. Boston is far from the only team dealing with this.

Four other teams — the Heat, Philadelphia 76ers, Dallas Mavericks and Chicago Bulls — have at least four players who are listed as being in the league’s Health and Safety Protocols.

The Heat and Sixers are set to play Tuesday night in Philadelphia with Miami having either eight or nine players, depending on the status of Meyers Leonard (shoulder), while Philadelphia will have 10 after Ben Simmons was listed as probable to play after missing the prior two matches due to stiffness/swelling with his left knee.