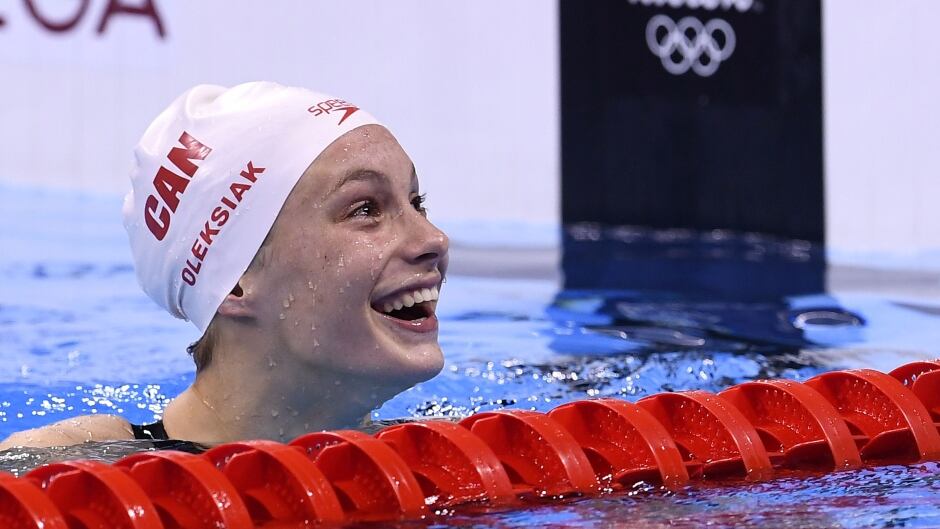 Five years ago at the Olympics in Rio de Janeiro, Penny Oleksiak won gold in the women’s 100-metre freestyle with a time of 52.70 seconds.

In Tokyo on Friday morning, she set a Canadian record by swimming a personal-best 52.59 seconds in the same event and it still wasn’t enough to get on the podium.

The swimming has been fast at the Tokyo Aquatics Center.

“I’m honestly kind of happy the final was so fast. It just shows that women in the 100m free are really moving forward,” Oleksiak stated after the race. “It makes me excited to race in 2024 and see how I can figure out the race a little more.”

Oleksiak stated she was disappointed in her turn after the first 50 metres.

“I knew it wasn’t my best turn and I was a little frustrated with that,” she said. “I really tried to bring it home and I did my best. It’s still fourth in the world so I’m not complaining.”

It was the second fourth-place showing for Oleksiak in as many days after she and Canada’s 4x200m relay team just missed the podium Thursday morning in Tokyo.

There were some nerves for the 21-year-old from Toronto prior to the race, knowing just how tough the field of athletes was.

“I was so nervous last night. Waking up every couple of hours thinking about it,” she said. “I had to talk myself down a bit today. I’m in an Olympic final. I’m 21 years old. This isn’t my last Olympics. Just learning from this.”

Oleksiak was pursuing history, trying to earn her seventh medal at the Olympics and become Canada’s most decorated Olympian.

It’s been put on hold with one event left — she’ll compete in the women’s 4x100m medley relay on Sunday, the final day of swim competition at these Games.

Two days earlier, Oleksiak tied speed skaters Clara Hughes and Cindy Klassen for the most medals won by Canadian Olympians with six (Hughes won two at as a cyclist.) Rowing’s Lesley Thompson-Willie and track and field’s Phil Edwards have five each in the Summer Olympics.

Prior to the Olympics Oleksiak had only swam four competitive races in 15 months — she’s more than doubled that in a week in Tokyo.