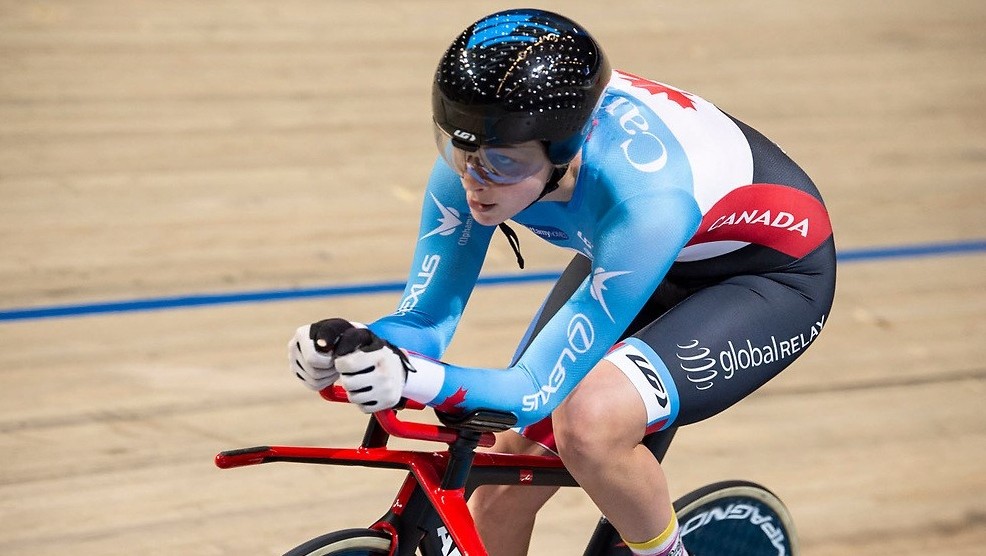 The Saskatoon resident placed fourth in the women’s road cycling C4 time trial on Tuesday in Japan with a time of 42 minutes 11.09 seconds.

That was less than a minute off of bronze medalist Meg Lemon of Australia, who crossed the finish line in 41:14.42. American Shawn Morelli took gold at 39:33.79 while Australia’s Emily Petricola grabbed silver at 39:43.09.

Fellow Canadian Kate O’Brien of Calgary, who rode to silver in the 500m time trial on the track in Tokyo, was unable to finish.

On the road at Fuji International Speedway, Shaw was steady in her position, placing fourth after each of the three laps in the 24-kilometre race.

The Canadian has left-side paralysis after falling off a horse in 2009. Prior to the accident she played ice hockey, which she credits for giving her the lower-body strength to compete in cycling.

Meanwhile, in the men’s C1 time trial Canada’s Ross Wilson placed seventh with a time of 27:57.31.

Wilson won silver in the 8-km event at Rio 2016, but fell behind early in Tokyo and couldn’t make up enough ground in his second lap to get back on the podium.

The 39-year-old Edmonton native only started competing in 2014.