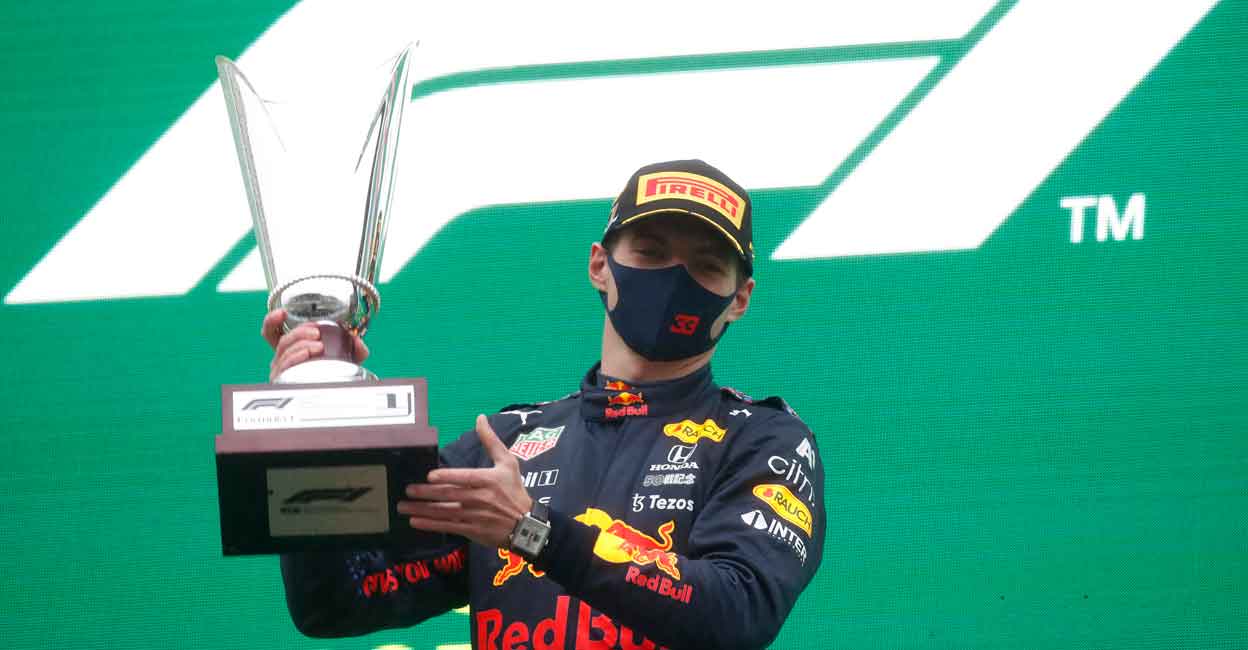 Red Bull’s Max Verstappen earned the rain-hit Belgian Grand Prix on Sunday without racing even a single lap as half-points were awarded for only the sixth time in Formula One history.

After some three hours of waiting for the rain to subside, the race started from the pit lane and behind the safety car and was then stopped after completing the two laps required to award half points.

Hamilton’s overall lead over Verstappen was cut from eight points to three.

The race was due to get underway at 3 p.m. local time but heavy rain saw the start of the formation lap delayed until 3.25 p.m before the start procedure was aborted entirely following a single lap behind the safety car.

Formula One had hoped for a break in the weather but over the space of three hours and 45 minutes, just three laps at reduced pace behind the safety car were possible before any opportunity of holding a race was abandoned.

As a result, the cars finished in the same order in which they lined up on the grid, with half points being awarded under the regulations as less than 75% of the race distance was completed.

Sergio Perez, who had qualified seventh, finished last after crashing on the way to the grid ahead but was permitted to rejoin for the three laps completed behind the safety car.

In order for any points to be awarded, two laps needed to be completed, which helped explain why organizers waited for so long to try and complete a handful of laps in such appalling conditions.

When a race is red flagged, the result is counted from the penultimate lap, hence why three laps were completed but the results were taken from the end of lap two.

In the hope of holding something resembling a race, the stewards overruled F1’s own regulations that limit the window in which the race can take place to three hours, citing “force majeure,” but their efforts proved futile as wave after wave of heavy rain passed over the track, limiting visibility and any chance of racing properly at the high-speed circuit.

The result moves Verstappen three points off Hamilton in the drivers’ standings ahead of next weekend’s Dutch Grand Prix at Zandvoort.