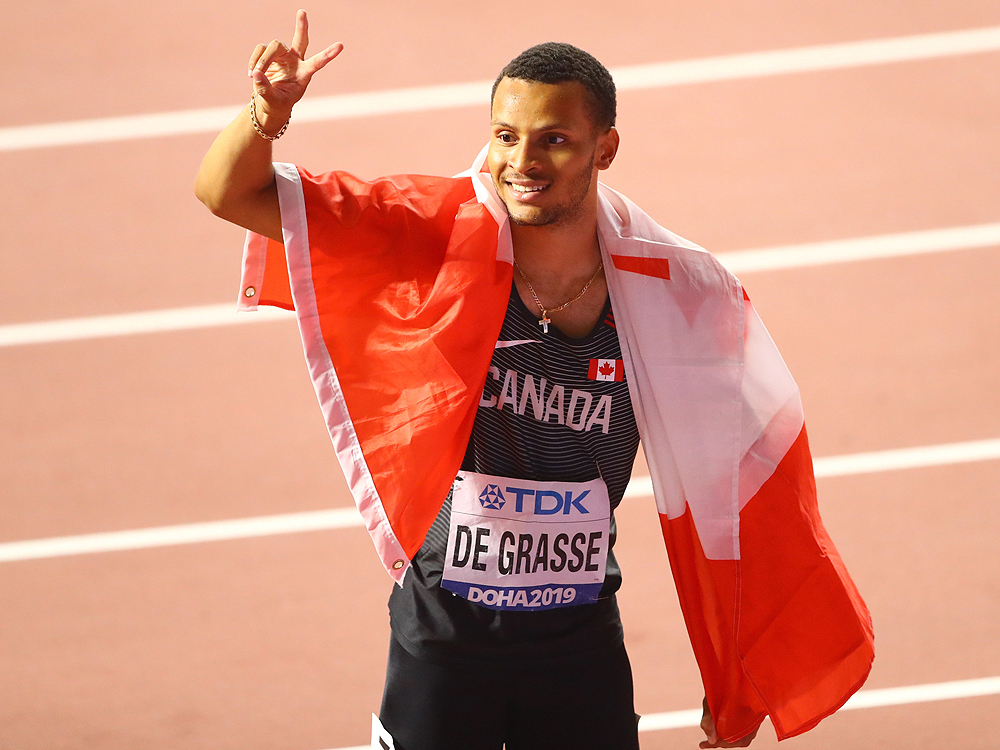 Andre De Grasse now has the opportunity to be a major part of the sprint show at the Tokyo Games.

For that, he’s breathing a little easier.

A day ago, Canada’s fastest man wasn’t sure he would be allowed to take to the starting line, even if he wanted to. His country decided to not send a team to the Olympics due to the coronavirus pandemic unless the games were delayed a year.

On Tuesday, the International Olympic Committee postponed the Olympics until 2021. The announcement was recognition of the reality that training and qualifying schedules have been completely disrupted as the coronavirus spreads.

This was supposed to be De Grasse’s year — his first opportunity for Olympic gold without Usain Bolt looming a few steps away. Only a new crop of talent has arrived on the scene in Americans Christian Coleman and Noah Lyles.

It’s shaping up to be quite a showdown, one that De Grasse certainly wanted in on and now can be given the IOC decision not to start the games on July 24 as planned.

Next on the agenda for the IOC and organizers is picking a date when it might be safe again to hold such a big event. They’ll also have to rearrange the 2021 global sports calendar.

The country brought 314 athletes to the Rio de Janeiro Games in 2016. It captured 22 medals, with De Grasse bringing home three.

Although De Grasse wasn’t contacted individually by Team Canada in regard to its decision not to send athletes to Tokyo before the IOC decision to postpone, he did receive a survey.

De Grasse burst on the scene in 2015, when he tied for the 100-meter bronze medal at the world championships in Beijing. Back then, he was just a role player in the showdown between Bolt and American rival Justin Gatlin.

A year later at the Rio Games, De Grasse took center stage and clowned around with Bolt, though it wasn’t all fun and games. Bolt was looking for the world record, possibly to even break the 19-second barrier in the 200. He fell short, and among the reasons he cited was De Grasse’s decision to push him the night before in the semifinals.

De Grasse ended up getting silver during the 200 in Brazil, along with bronze medals in the 100 and as part of the 4×100 relay team.

Fury-Wilder III pushed back due to coronavirus