Fury-Wilder III pushed back due to coronavirus 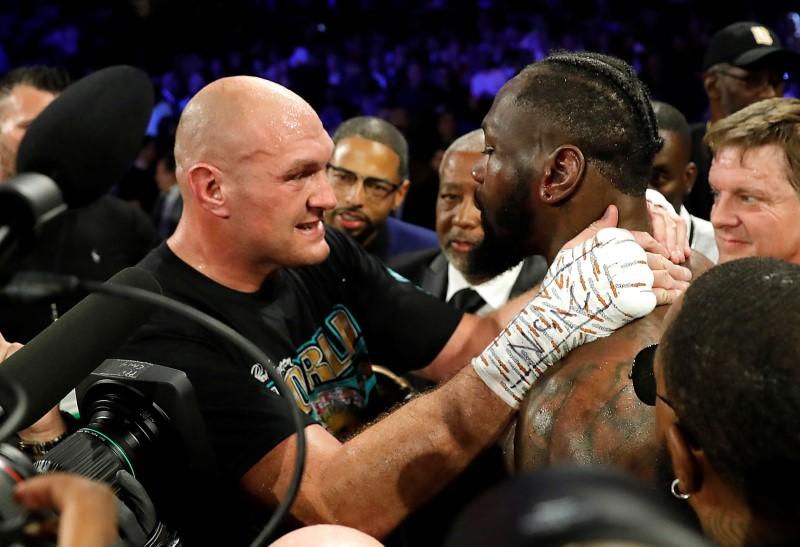 The trilogy bout between WBC and lineal heavyweight champion Tyson Fury and rival Deontay Wilder will move forward — just not in July as intended.

Top Rank chairman Bob Arum told ESPN on Tuesday that they are anticipating holding the heavyweight fight in the fall due to the global covid-19 pandemic, delaying it from the anticipated July 18 date.

Wilder took advantage of his contractual ability as the loser of their February rematch to initiate a third fight after being battered by Fury until his corner threw in the towel to end things in the seventh round. He subsequently blamed the loss on the weight of the elaborate costume he wore to the ring while saying he would take advantage of guaranteed rematch clause.

The third fight between the two — after Fury’s victory in February and their December 2018 majority draw — was planned for July 18 at the MGM Grand in Las Vegas.

With casinos in Las Vegas shut down because of the virus and no clear picture of when the world would return to a normal enough state for a venue to host the event, Arum said it made no sense to proceed as if everything was on track.

In addition, travel restrictions mean Fury’s English countrymen are likely to be unable to get to the United States for the fight.

“You could not guarantee the fighters that the event would take place on that date. We couldn’t convince them or ourselves,” Arum told ESPN. “Where were they going to train for it? It just made no sense. You just have to take a step back. How are you going to sell tickets? It’s absolutely ridiculous to say the fight is on when the Brits can’t even get there.”

Arum said the fight was now looking likely for October, assuming the world returns to a state where sporting events are taking place as normal again. That would almost certainly be the final nail in the coffin of any hope of seeing the winner battle Anthony Joshua to determine a unified heavyweight world champion.