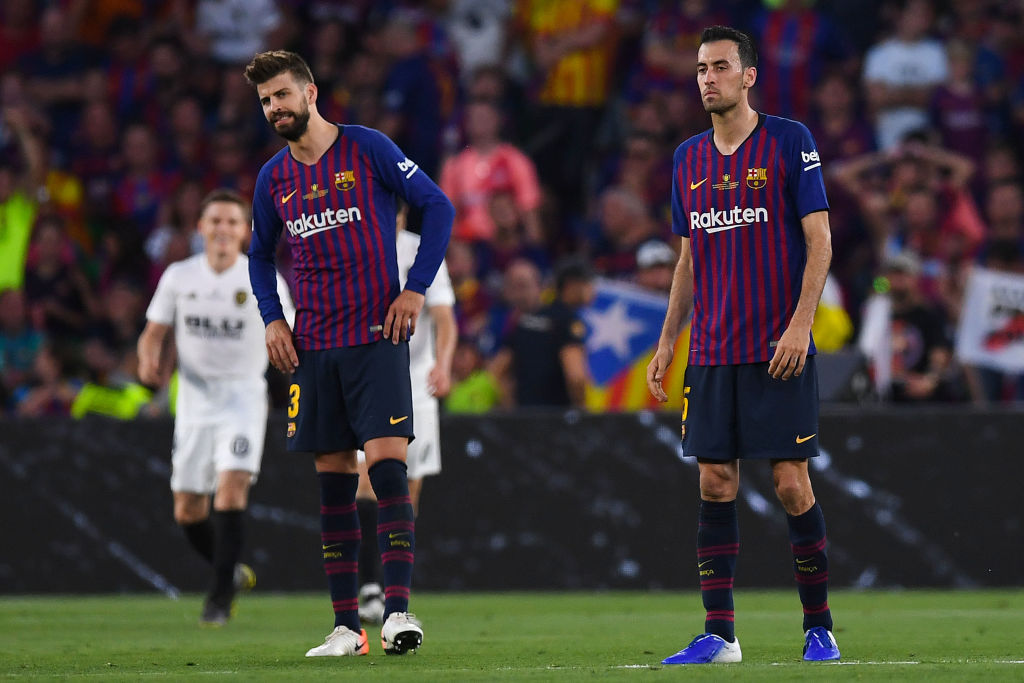 Barcelona’s players refused the terms of a proposed wage cut amid the coronavirus pandemic, according to ESPN’s Sam Marsden and Moises Llorens.

Per that report, “Negotiations between the club’s captains and the board of directors are ongoing. Sources explained that the players are willing to take a hit to their salaries but they are not happy with the terms that have been suggested by the board so far.”

Any wage cut would also apply to the women’s first team, the men’s basketball team and other groups under the Barcelona banner. But because the men’s football team accounts for half of the organization’s budget, there is “a particular focus” on them, per the report.

Marsden and Llorens noted there is “friction between some of the players and some members of the board, which has made negotiations difficult,” though they stay optimistic they’ll be able to reach an agreement.

Unlike many other soccer clubs around Europe, who have wealthy owners from other businesses, Barcelona’s ownership group consists solely of its members.

And the club is facing a major decrease in revenue amid the coronavirus pandemic, with no matchday or museum revenue and the uncertainty of whether certain competitions will resume, potentially costing the club additional income.

La Liga has put its schedule on hiatus indefinitely, while UEFA postponed the Champions and Europa Leagues. It remains unclear when those competitions will resume, with the possibility of outright cancellations still potentially on the table.

Barcelona’s players have been giving back during the coronavirus crisis, however. Lionel Messi, for instance, donated €1m to aid healthcare systems in Spain and Argentina.

Spain has been hit hard by the pandemic, with over 3,400 confirmed fatalities.