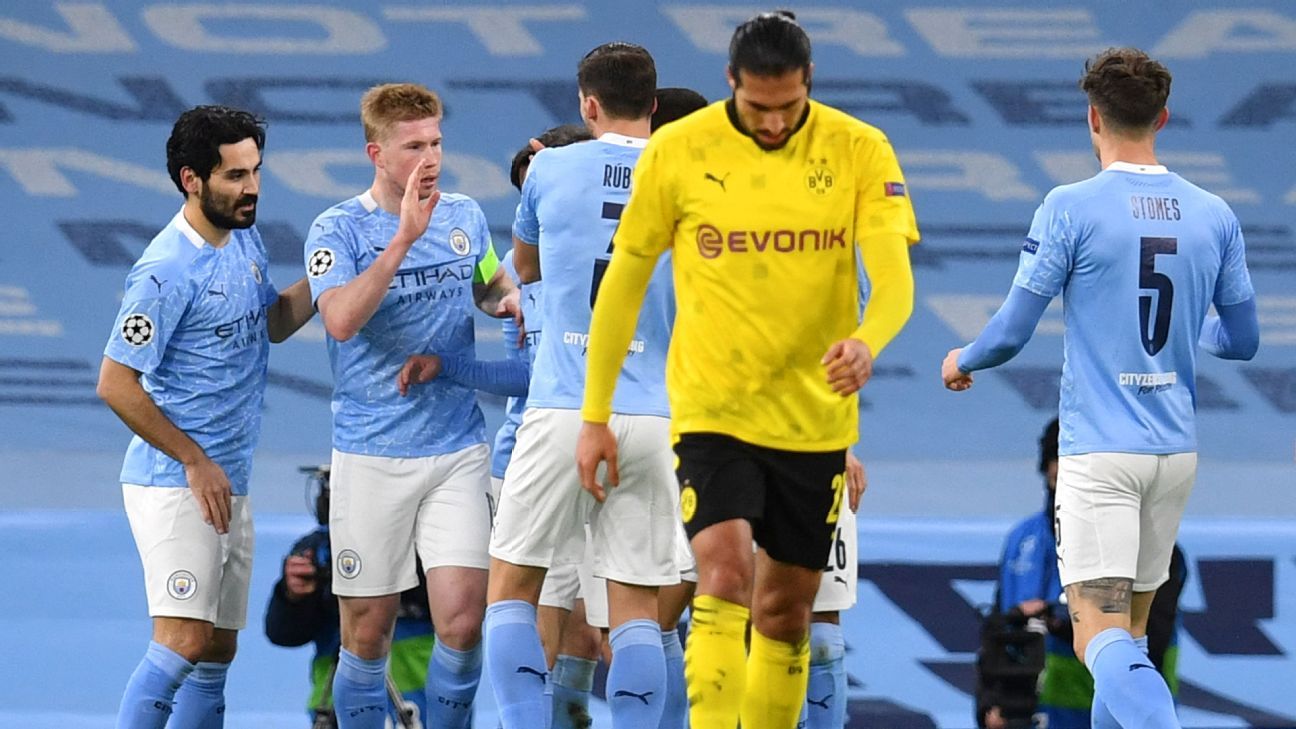 Manchester City are living dangerously in the Champions League once again. Phil Foden’s 90th-minute winner may have earned them a 2-1 quarterfinal first-leg triumph over Borussia Dortmund on Tuesday, but Pep Guardiola’s team have left themselves vulnerable to yet another early exit from the competition they are so desperate to win.

This is Guardiola’s fifth attempt at delivering Champions League glory for City, and the former Barcelona and Bayern Munich coach has still to take the club beyond the last eight.

Foden’s goal, which came six minutes after Marco Reus had leveled for Dortmund following Kevin De Bruyne’s first-half opener, ensures that City will travel to Germany for next week’s second leg with a slim lead.

But having been eliminated by Monaco (round of 16), Liverpool, Tottenham, and Lyon since Guardiola took charge in 2016, City will face Dortmund next Wednesday knowing that they have left the door open for the Bundesliga side to inflict more quarterfinal misery on them.

“It is better to win than draw,” Guardiola stated. “Two-one, Champions League, we are going there (Dortmund) to win the game.”

A 1-0 win for the home side will be enough to take them through to the semis, and with Haaland unlikely to be as quiet in the second leg, City will be walking a tightrope at Signal Iduna Park. And the ghosts of last season’s unexpected defeat to Lyon will haunt City ahead of a game they will, once again, be expected to win.

On form and on paper, City should go through next week. But it is a Champions League quarterfinal, so anything is possible, as City have harshly learned in recent years.