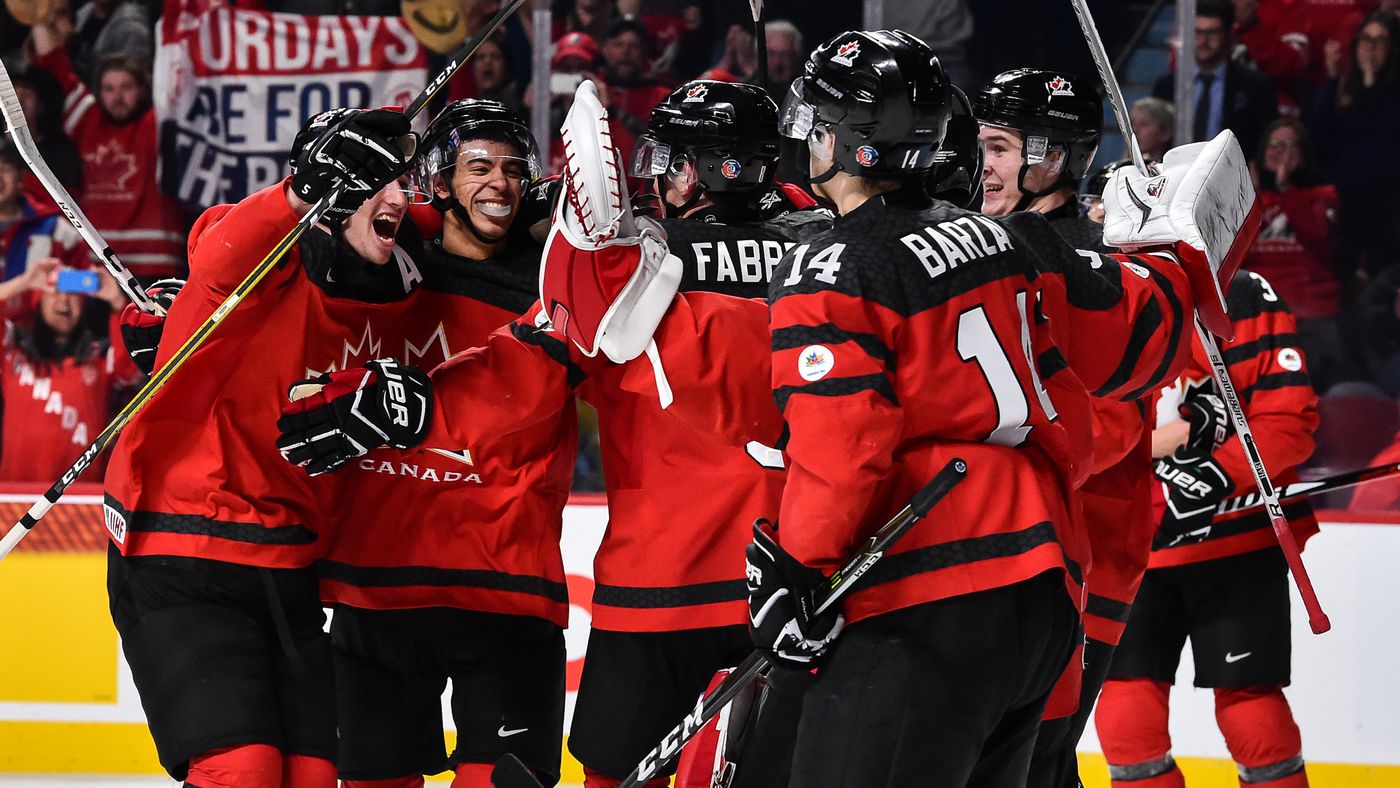 Jordan Spence scored what turned out to be an important goal for Canada in his first shift of the world junior hockey championship.

A day after Canada romped 16-2 over short-staffed Germany to begin the tournament, goals were much harder to come by in a 3-1 victory over Slovakia on Sunday.

Spence was a healthy scratch in Canada’s opener. The defenseman was informed Sunday afternoon he would draw into the lineup for suspended teammate Braden Schneider.

Spence scored the host country’s only goal in the first 36 minutes of the match. “It was great for me to score, but it’s good that it created for momentum for our team, which it did,” Spence said.

Philip Tomasino had a goal and an assist and Jack Quinn scored an empty-netter for Canada. Devon Levi made 17 saves for the win on his 19th birthday.

“I didn’t go on my phone much. I was focused on the game,” Levi said. “I can answer my birthday messages later, but the task at hand was to win the game.”

The closest Slovakia has come to defeat Canada in the world junior tournament was a 0-0 tie in Brandon, Man., in 1999.

“We lost the game tonight, but I thought we played well,” Slovak coach Robert Petrovicky said. “We played hard.”

Canada has Monday off before facing Switzerland (0-2) in Pool A on Tuesday. Finland (2-0) beat the Swiss 4-1 earlier Sunday.

The top four teams in each pool move on to quarterfinals Jan. 2, followed by semifinals Jan. 4 and the medal games Jan. 5.

Slovakia was a much tougher test for Canadians scorers than depleted Germany.

“They had nothing to do with our d-zone. They just made shots from the blue-line and our guys blocked every shot,” said Hlavaj, who is playing in his third world junior tournament.

Canada’s attack lacked cohesion for much of the game, however, while Slovakia clogged up scoring lanes.

“Obviously we did want to create a little bit more offence, but we reminded our players they did a lot of good stuff and we’re proud of them,” Canadian head coach Andre Tourigny said.

Romiak’s power-play goal at 18:36 of the third period pulled the Slovaks within a goal, but Quinn sealed the victory with an empty-netter.

Tomasino took a long pass from Dylan Cozens and beat Hlavaj with a high shot at 16:25 for a 2-0 lead.