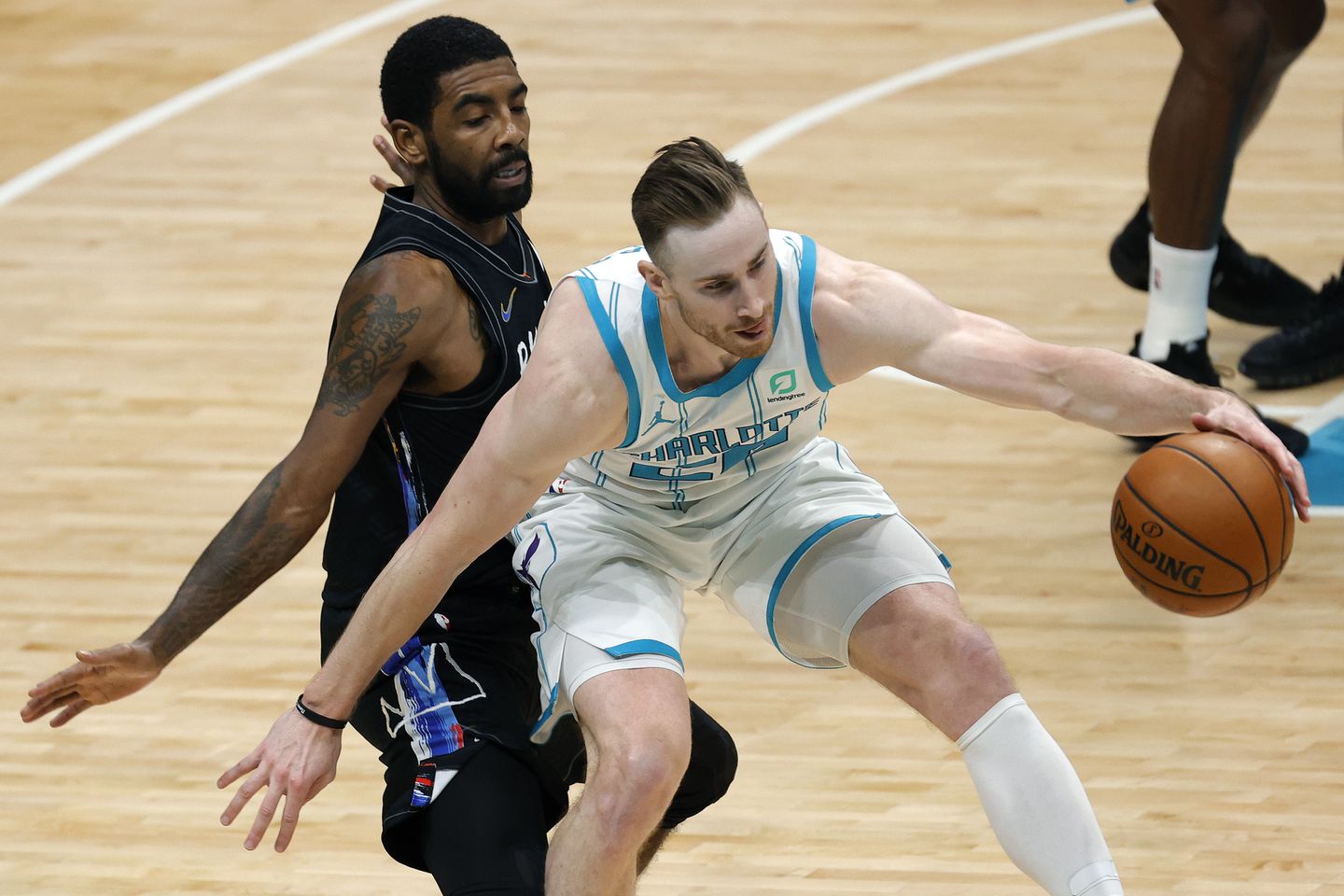 Gordon Hayward had 28 points, seven assists and six rebounds, and the Charlotte Hornets handed the Brooklyn Nets their first defeat of the season, 106-104 on Sunday night.

Terry Rozier added 19 points, including two clutch free throws, and P.J. Washington ended with 14 points and 12 rebounds for the Hornets, who limited the Nets to 42.7% shooting from the floor.

Kevin Durant led the Nets with 29 points, and Kyrie Irving chipped in with 25 points.

Hayward, acquired in a sign-and-trade this offseason with Boston, contributed in all phases — making 12 of 20 shots, setting up his teammates for good scoring opportunities with his playmaking ability and helping the Hornets escape from some potentially bad possessions.

The Hornets appeared to break open the game early in the fourth quarter behind seven quick points from Hayward.

But the 16-point lead nearly evaporated as Durant and Irving started to play with a sense of urgency and helped cut the lead to 101-99 with less than two minutes to play.

But with an opportunity to tie or take the lead, Irving’s driving layup was blocked and Devonte Graham knocked down a corner 3 at the other end to give Charlotte a cushion.

Timothe Luwawu-Cabarrot answered with a 3 for the Nets, and after P.J. Washington missed two free throws, Brooklyn had a chance. But Durant missed an open pull-up jumper with 7.4 seconds left and Rozier made two free throws to make it a two-possession game and seal the victory.

The Hornets trailed 50-48 at halftime despite 3-for-18 shooting from 3-point range. Despite facing a Hornets team that was without center Cody Zeller, the Nets settled for mostly outside shots in the first half instead of pounding the ball inside to DeAndre Jordan and Jarett Allen.

Neither Jordan nor Allen attempted a shot in the first half and the Nets were outscored 30-12 in the paint.