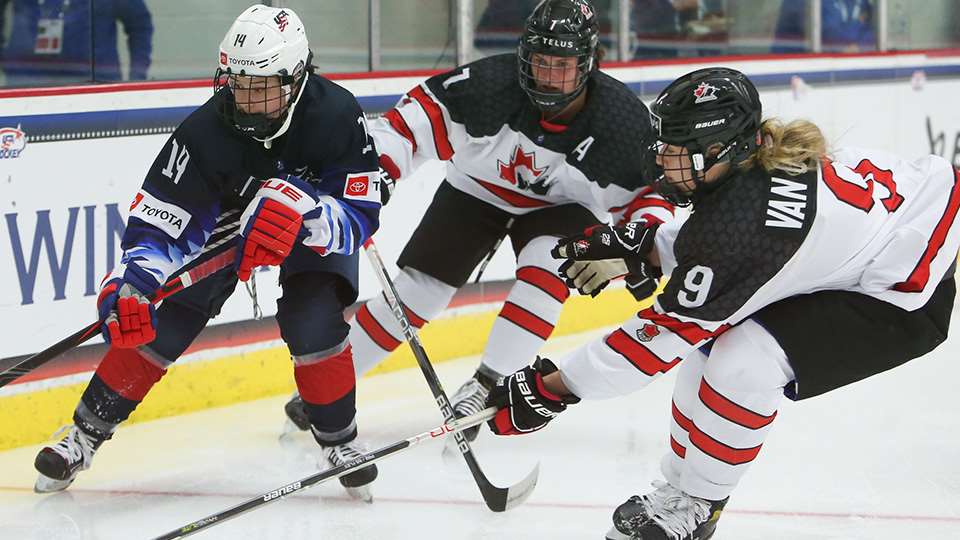 Caitlin Kraemer scored twice as Canada capped the preliminary round of the women’s world under-18 hockey championship with a 3-1 victory over the United States on Wednesday in Östersund, Sweden.

Emmalee Pais had a goal and an assist for Canada, which concluded atop Group A at 3-0.

The U.S. didn’t register a shot on goal in the third period until Cassandra Hall’s unsuccessful penalty shot at 7:18.

Annelies Bergmann made 32 saves in the U.S. net.

Both countries had already secured byes to Saturday’s semifinals heading into the game.

Kraemer from Kitchener, Ont., leads Canada in scoring in the tournament with six goals and an assist in three games.

In Pool B, Czechia edged Slovakia 4-3 and Switzerland defeated Japan 2-1.

Switzerland and Japan, which concluded third and fourth respectively in Group B, will meet in a relegation series. The final is calendared for Sunday.