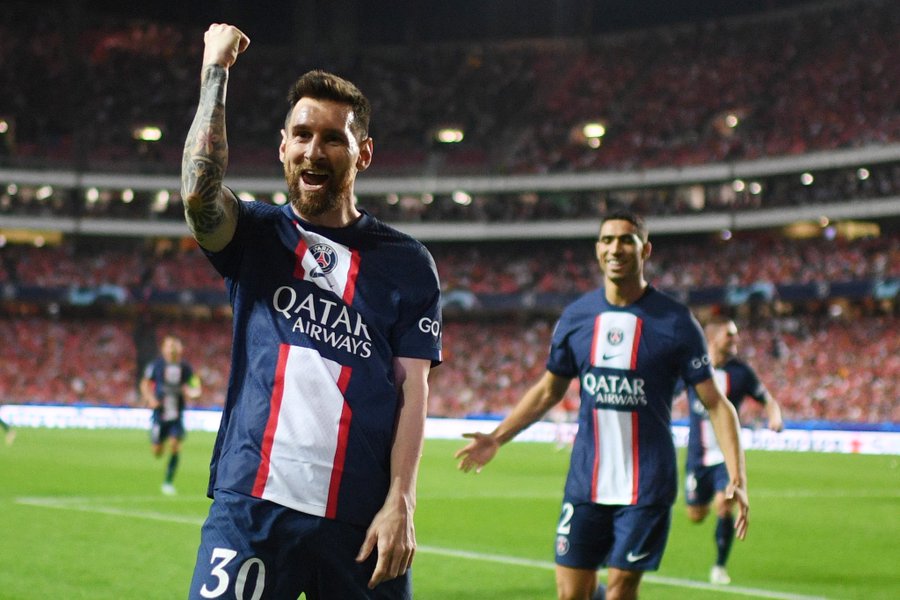 Lionel Messi scored in his return for Paris Saint-Germain after his triumphant World Cup winning campaign with Argentina in a 2-0 Ligue 1 victory over Angers at the Parc des Princes on Wednesday.

Messi had taken an extended leave from the team after helping Argentina defeat France in the final in Qatar to collect their third World Cup, and received a warm welcome from the home fans as he was named in Christophe Galtier’s starting XI alongside Neymar.

Hugo Ekitike turned home Nordi Mukiele’s whipped in cross from the centre of the penalty area in the fifth minute to stake the hosts to an early lead.

“It was the game we needed, with three points in the end. Scoring is good for my confidence, I have to continue like this,” said Ekitike, who is getting chances to play while Kylian Mbappe is rested after playing for France in Qatar. “We’re happy because it helps us put the Lens game behind us.”

Mukiele then teed up Messi for his goal in the 72nd minute to notch his second assist as PSG put the three points away versus bottom-club Angers.

PSG, who won twice and lost once while Messi was away from the team, lead the French league by six points over second-place Lens, who were held to a 2-2 draw with Strasbourg in their match on Wednesday.

The home side’s players warmed up wearing T-shirts showing the face of Pele. The Brazil great, who won a record three World Cups, died in late December at the age of 82.