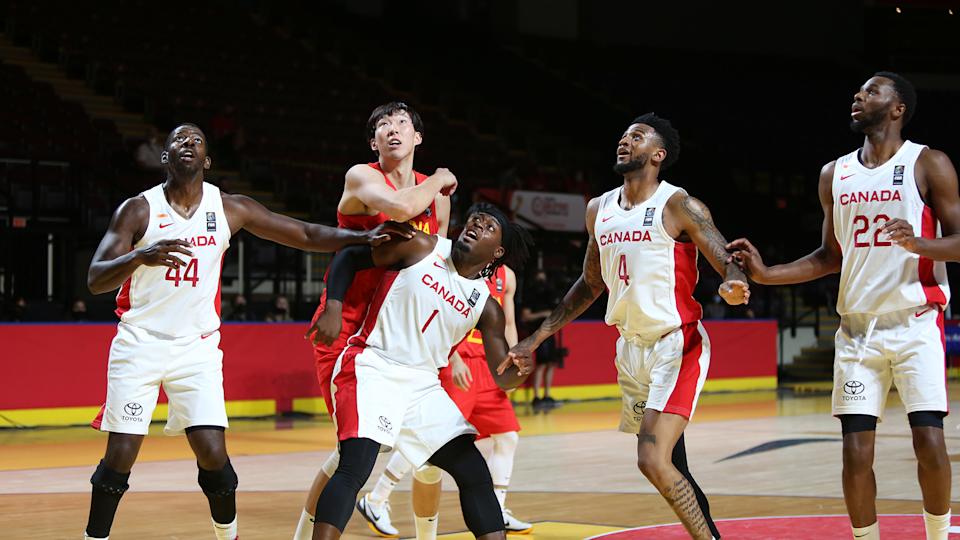 Unselfish basketball, a balanced attack and solid defense were key factors in a commanding Canadian victory against China Wednesday night at the Olympic basketball qualifying event in Victoria.

A day after grinding out an opening game victory over Greece, Canada dominated China with a complete team effort and cruised to a second-consecutive win.

The 109-79 victory over China clinched the top spot in Group A, sending Canada into on Saturday’s semifinal games.

Head coach Nick Nurse had high-praise for his team’s effort against China.

“Our guys did a pretty professional job tonight,” he said.

“China came out ready to play. We were on a back-to-back. For the most part we did a good job challenging their shots. And certainly we did a great job offensively.”

Andrew Wiggins was the top scorer for the second-straight game, racking up 20 points. R.J. Barrett was right behind him with 16. There were seven players who were in the double-digits in scoring for Canada.

“We’re still learning to play together but every game we’re getting better. The chemistry is building and hopefully we can keep going,” Wiggins said.

The Canadians were also solid on the defensive side of the ball, led by the energetic play of Lu Dort.

“Everybody has to accept their roles. We have to play as a team. Play together. Stick to our roles,” Dort said after the game. He finished with 11 points.

“We know we have a great group of guys. We just need to stick together and we’ll get there,” he said.

The Canadian men’s national team is looking to qualify for the Olympics for the first time since 2000. Only the winning team from the six-team tournament in Victoria this week will advance to the Games. Turkey, Uruguay and Czech Republic are in the other group. The top two teams from each group advance to the semifinals. The championship game will be played Sunday.