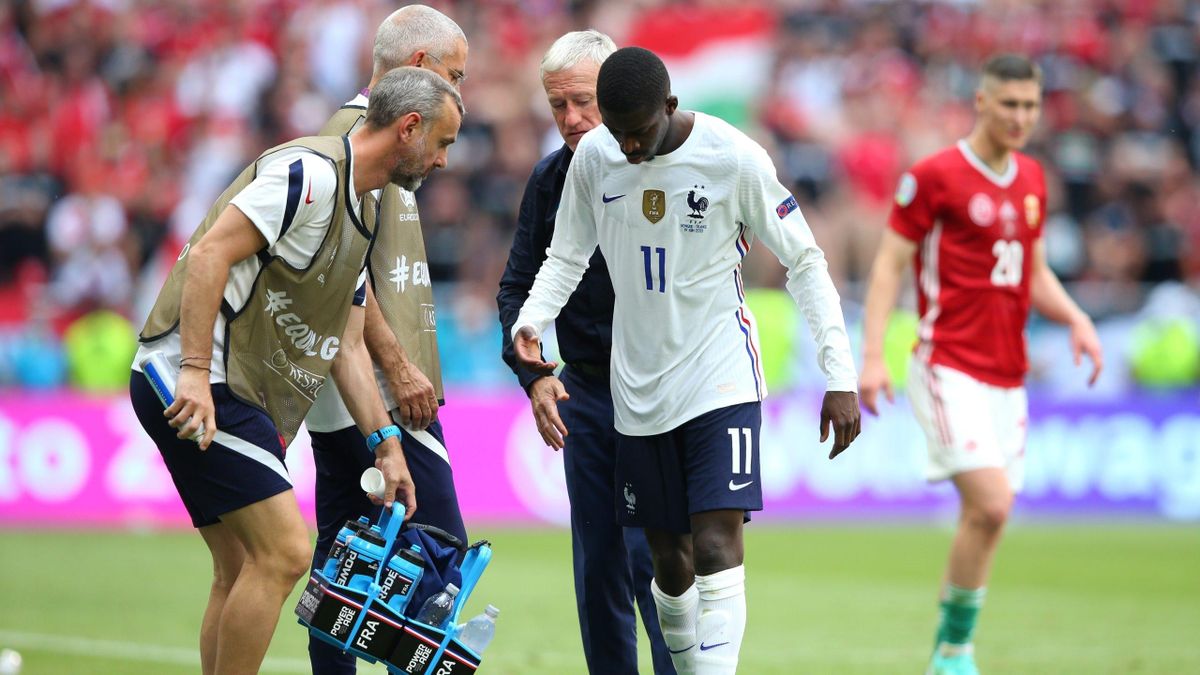 Ousmane Dembele is set for few months on the sidelines after Barcelona confirmed he requires surgery on a knee injury sustained at Euro 2020.

Sources have told ESPN the France international will be out for three to five months, although Barca have not given any recovery timeframe.

Dembele, 24, left the France camp on Monday after getting injured in the final stages of Saturday’s 1-1 draw versus Hungary in Budapest.

“Following tests, it’s been confirmed he has a dislocation of the biceps tendon in his right knee that will require surgical treatment,” Barca said in a short statement on Tuesday.

Dembele has had poor luck with injuries since signing for Barca from Borussia Dortmund for an initial fee of €105 million in 2017.

A hamstring injury ruled him for four months in his first campaign at the club, while further muscle problems restricted him to just nine appearances in all competitions in 2019-20.

His performances for Barca earned him a recall to the France squad recently and he came off the bench in both his country’s games at Euro 2020 so far, versus Germany and Hungary.

This latest setback comes at a time when his long-term future at Barca is unknown.

Dembele’s contract expires in 2022 and sources have told ESPN that Barca would have been open to offers for him this summer if he didn’t sign an extension.

Barca risk losing him for free next year if he doesn’t sign a new deal, but there’s unlikely to be any interest now until his knee is fully healed.