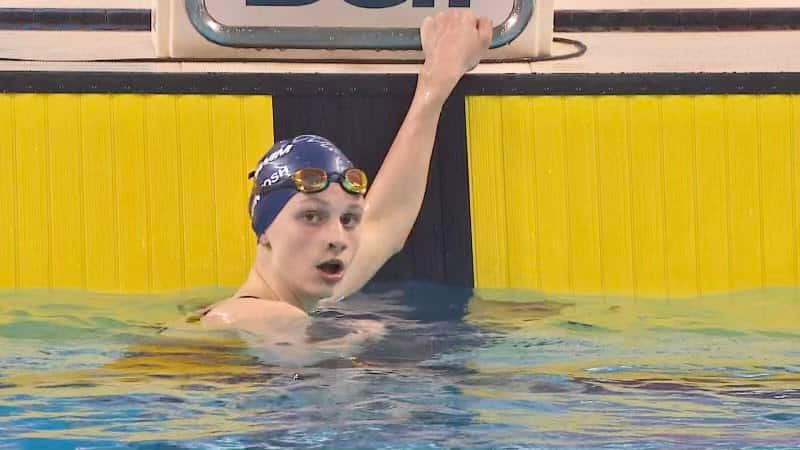 Penny Oleksiak admits the post-Rio pressure after her four-medal performance at the 2016 Games was intense and detracted from the usual enjoyment she experiences in the pool.

The pandemic break gave a good opportunity for the Toronto swimmer to reset and refocus. Now 21, she loves training again and has rediscovered her competitive edge.On Tuesday night, Oleksiak looked like her old self at the Canadian Olympic swim trials. She topped a stacked field to win the women’s 100-metre freestyle in 52.89 seconds.

“It honestly just gives me a massive boost of confidence that I think I’ve been searching for for a little bit,” Oleksiak said.

Toronto’s Kayla Sanchez was second in 53.77 and Margaret Mac Neil of London, Ont., was third in 54.02, both under the ‘A’ qualifying time set by FINA, the sport’s governing body. Canada can send a maximum of two swimmers per event per gender to the Tokyo Games.

Due to the pandemic, Oleksiak was one of six swimmers nominated last January by Swimming Canada in events in which they excel.

Oleksiak was pre-selected in the 200 free — a race in which she settled for a second-place finish behind 14-year-old Summer McIntosh last weekend — so she was looking for a better result in the 100 at the Toronto Pan Am Sports Centre.

She started strong and kept steady in a field that also included Taylor Ruck of Kelowna, B.C., and Katerine Savard of Pont-Rouge, Que.

Oleksiak, who acquired Olympic gold in the 100 free in 2016, posted the fourth-fastest time in the discipline this year.

“I think after Rio I had a really big high and it was super-fun to swim, go to meets, be kind of known in the swimming community,” she said. “I think after that, there was a lot of pressure behind my name I guess and behind the 100 free. It wasn’t really enjoyable for me and no time was ever really good enough for me.”I always wanted to be at that 52-[second] time and I wasn’t getting that. So I think now I’m back into that mindset where I have that confidence again. I’m excited to swim again.”

Also Tuesday, Winnipeg’s Kelsey Wog continued her streak of finishing inside the Olympic standard. After winning the 100 breaststroke Sunday and finishing second in the 200 IM on Monday, she took the women’s 200 breaststroke in 2:23.40.

“I’m happy with how it went for being the third day of racing in a row,” she said. “I was definitely hoping to go a little bit faster and I think I’m still able to. But after a third day of racing, I can’t complain.”The 2020 swim trials were cancelled with the postponement of Tokyo’s Olympic Games to 2021 due to the COVID-19 pandemic.