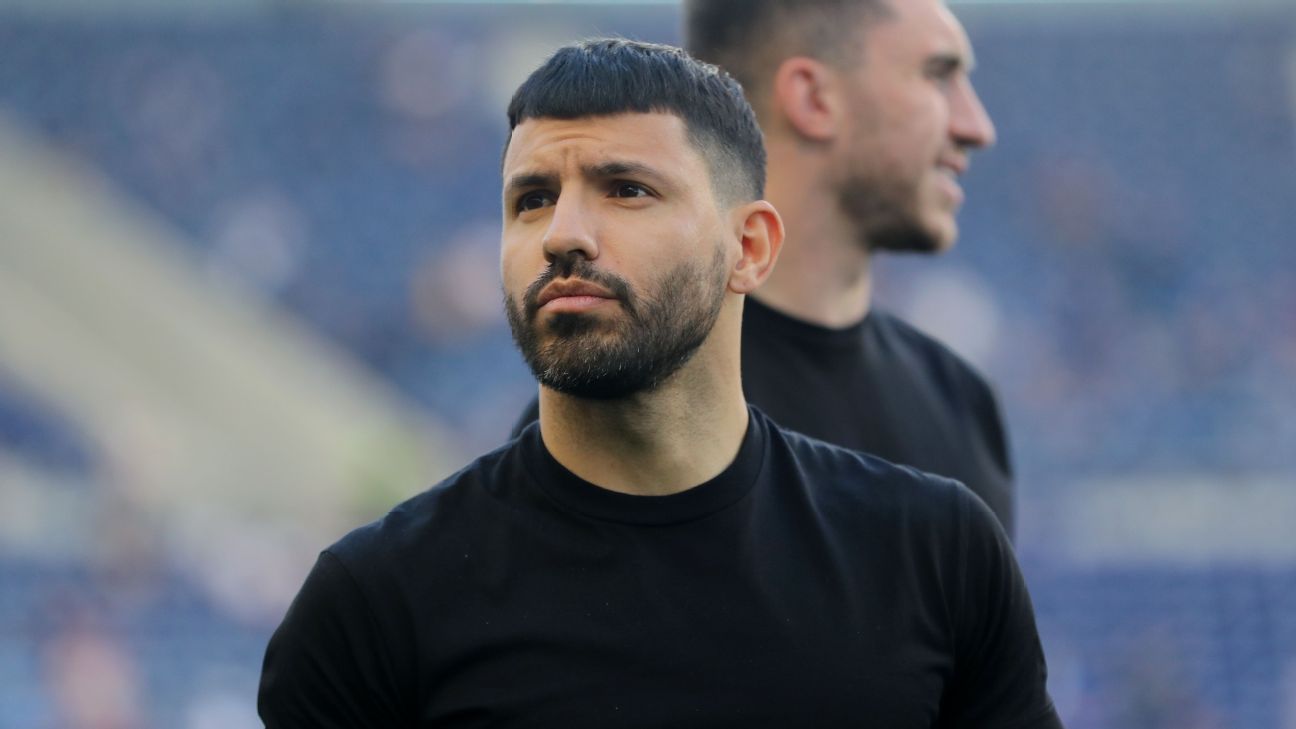 Sergio Aguero will join Barcelona on a free transfer from Manchester City when his contract expires next month, the Spanish club revealed Monday.

Aguero, 32, has agreed to a two-year deal with a €100 million buyout clause after announcing earlier this season that he would end his 10-year association with City.

The striker made his final appearance for the club as a second-half substitute in City’s Champions League final defeat to Chelsea on Saturday.

After flying into Barcelona on Sunday, Aguero underwent a medical at the Creu Blanca clinic Monday. The club’s medical staff oversaw extensive checks on his left knee, which he injured versus Burnley last June and hindered his involvement with City this season.

Barca will hold a brief presentation for Aguero on Monday before he flies out to Argentina to join up with the national team ahead of World Cup qualifiers versus Chile and Colombia.

Barca have been searching for a new No. 9 since letting Luis Suarez leave for Atletico Madrid last year.

President Joan Laporta had met with Erling Haaland’s representatives to discuss a potential move, but the costs involved made the deal prohibitive.

Barca, therefore, have had to look for players in a different price bracket, and sources at the club refer to Aguero as a “market opportunity” given his contract with City is up on June 30 and he arrives for free.

However, the signing of Aguero does not rule out further arrivals in attack this summer. The club are also in talks with Lyon’s Memphis Depay, who is also out of contract next month, and haven’t ruled out signing a younger forward if the option arises, too.

Aguero will hope to link up with international teammate Lionel Messi at Camp Nou next season.

Messi, 33, is also out of contract on June 30, but Laporta says talks to extend his deal are “going well.” Sources previously told ESPN that Barca are hopeful of agreeing to a two-year playing deal with Messi, with the option for an additional year.

Messi and Aguero have been international teammates for the better part of 20 years. They played alongside each other as Argentina won the U20 World Cup in 2005 and were gold-medal winners at the Olympic Games in 2008 with the Albiceleste.

Aguero scored 260 goals for City during a decade in the Premier League, including the title-clinching goal when they won the English top flight in 2011-12 for the first time in 44 years.

Injuries have restricted him to just 20 appearances and six goals this season. He netted twice versus Everton last weekend in his farewell game at the Etihad Stadium. He previously spent five years playing in Spain with La Liga champions Atletico, who he joined from Independiente as an 18-year-old, scoring 102 goals in 234 matches.