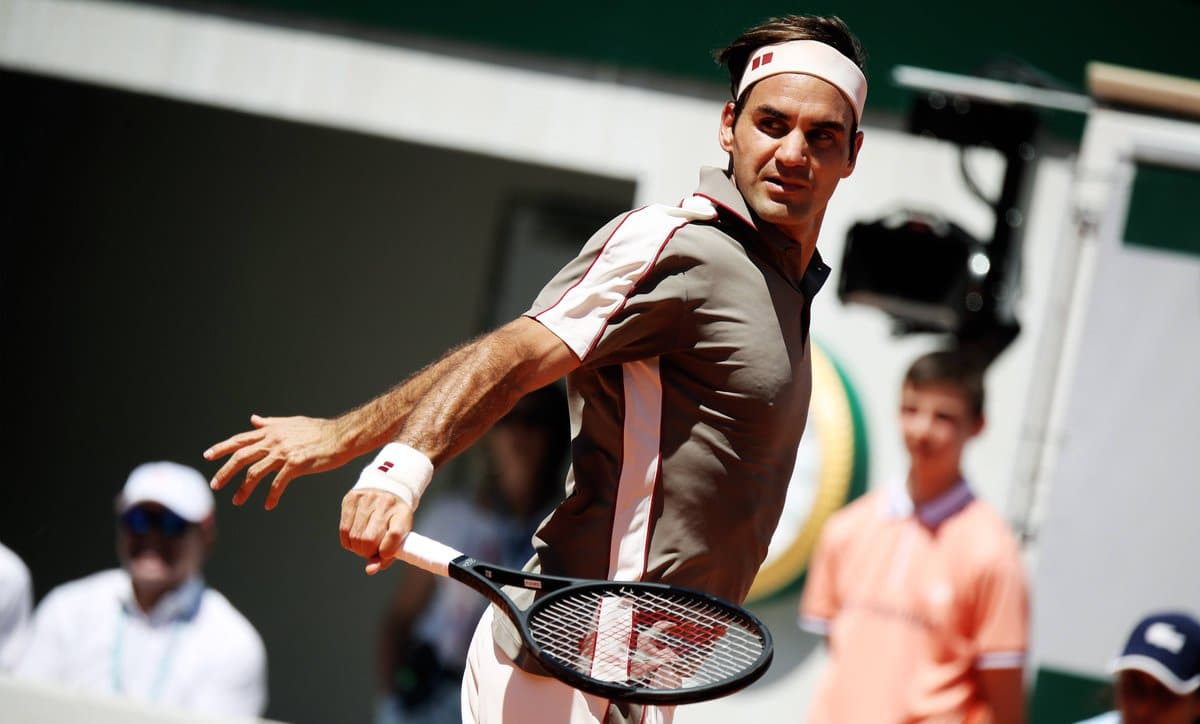 They feted Roger Federer with as loud as applause gets from a crowd capped at 1,000 people in Court Philippe Chatrier — when he walked out with a wave, when he hit one of his 48 winners, even when he attempted a back-to-the-net ‘tweener and hit the ball out.

This match bathed in sunshine Monday meant Federer finally was back at the French Open and back in Grand Slam action, and he gave the excited fans what they wanted perhaps as much as he did: a victory.

Federer’s first competition at any major tournament in 16 months ended with him on the right side of a 6-2, 6-4, 6-3 score against qualifier Denis Istomin as fans chanted “Ro-ger! Ro-ger!”

It was a case of many happy returns — and serves, forehands, backhands, volleys and drop shots, too.

“What a pleasure to be back,” Federer said.

Showing no signs of rust, really, or trouble with the right knee that needed two operations last year, Federer produced more than twice as many winners as his 20 unforced errors and never faced a break point while improving to 8-0 against Istomin over their careers.

“Always great to be on court with this legend. To play against him is always a big [deal],” Istomin said. “I was expecting all the spectators to cheer for him.”

They sure did, with one voice from the stands shouting, “A delight, Roger! A delight!” as Federer went up 4-2 in the third set.

Federer, whose 40th birthday is Aug. 8, hadn’t appeared on the Grand Slam stage since Jan. 30, 2020, when he lost to Novak Djokovic in the Australian Open semifinals.

This was just Federer’s second trip to the French Open since 2015. In addition to last year’s absence because of the knee issues, he withdrew in 2016 citing a bad back, then sat out the clay-court circuit each of the next two years to focus on the grass-court portion of the season.

He acknowledged recently he has zero chance of claiming the trophy this time around in Paris; instead, he is hoping to tune up his game to be ready to challenge for a championship at Wimbledon, where play begins in late June.